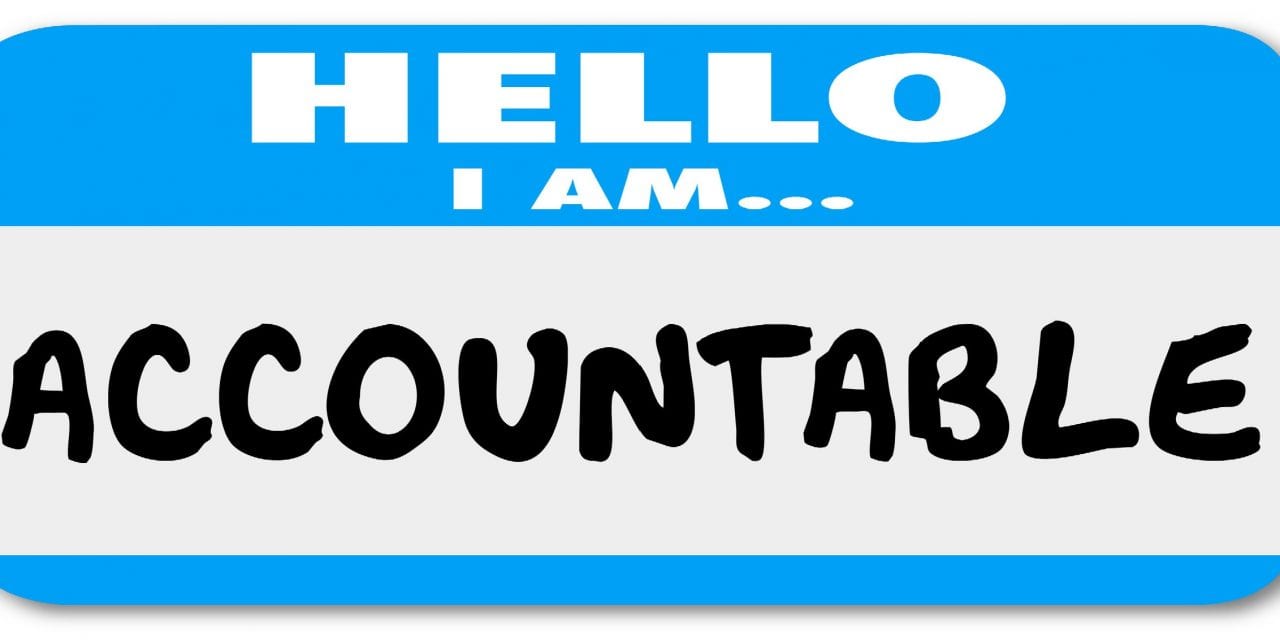 Part Two of a 2-part podcast interview with Denise Boudreau-Scott, founder and president of Drive, about accountability.

[The following is an edited version of a podcast interview by Pam McDonald with Denise Boudreau-Scott, founder and president of Drive. It’s the second of two-parts about accountability. Denise’s consulting and coaching firm assists senior living and healthcare organizations to obtain favorable business outcomes by creating powerful company cultures.]

PAM: Can you walk into a community, for instance, and people are doing certain things and you’d say, “Oh, this has a good culture.”

DENISE: Yeah. I feel like I can sense it almost immediately by the greeting that you get from people, by the “as you’re walking around,” sort of that energy of people that seem happy to be there, interacting with each other, and interacting with . . . it might not even be me, but I see them interacting with residents or family members and so forth. And there are cultures I go into, places I go into that have cultures that you can just feel that there is a strong positive culture.

People don’t worry about doing . . . I always tell the story about my grandmother’s last days when I went to go visit her and the nursing assistant, Graziella, who helped support and care for her, said, “Oh, it’s a beautiful day. You going to take her for a ride in your convertible?”

And I said, “I can’t get her in the car, Graziella,” and without asking any boss, anybody, she said, “Denise, we’ll get her in the car.” And she grabbed the next nursing assistant who didn’t say, “Hey, what the heck? I’m busy. Leave me alone.” Nope. It was like, “Yeah, let’s help Denise.” And they both got . . . and I wasn’t the administrator at the time, so I’ll preface it with that. But that was the culture there.

And it always cracked me up that on the way out the door, they grabbed the administrator, too, who was a nurse and said, “Help us.” So, the three of them got my grandma in the car, which made this memory that . . . it was two days before she died. I didn’t know that at the time, but it was the last good memory I had with her. And I think that’s the power of culture, right?

And, I get always choked up when I tell that story, but that’s what’s possible. I mean, you know, we think culture is a soft, fluffy thing, it’s not. Because it not only creates memories like that for people like me and for my grandmother on her deathbed who remembered nothing but I said, “remember the convertible ride” and her whole face lit up . . . But it’s a better bottom line. It’s people who want to come to work and don’t call out. It’s a place where people want to go work, right? That’s the culture.

And so, places that are struggling with recruitment and retention, some of what we have to do is take a hard look in the mirror and say, “What are we contributing to that through our culture?”

PAM: I need to back up and just ask the first question first, which is, what does it mean to be accountable on a job?

DENISE: Yeah. So, what does it mean to be accountable? I think to be accountable means that I have clear expectations. That I know what’s expected of me. That I am fulfilling those expectations and that it’s not only expectations from the outside like a job description or my boss telling me this is what you have to do. But it’s also the sense of personal accountability – that I am taking responsibility.

So maybe everyone around me is going to be a Negative Nelly to the new people that come in the door. We hear that so often, new staff feel like they’re fed to the wolves, but we tell people, “that might be, but you don’t have to be one of the wolves. You don’t have to be a wolf.”

You could say to people . . . or gossip, any of that. And so, the accountability piece in my definition is that it’s this sense of what needs to happen, to get done . . . and we’re clear on that and what our priorities are. And that comes from both outside as well as our intrinsic and then, we are holding ourselves, and each other and someone else is helping us hold accountable for that.

PAM: Do you think that every community or company that has a good company culture succeeds?

DENISE: I do. Yeah, I do. I think it is the most important job of a leader. I think that to ignore, and we do, the unbelievable amount of research that is out there on how culture connects to everything from profitability to productivity to even safety. It seems so soft and fluffy and sort of out there.

I do, I strongly believe that. And I don’t think it’s just my belief, I think research shows that, that when you have cultures that are strong cultures, positive cultures, that they influence all of those hard measures that we look at.

PAM: Do you think the regulations are a good starting point in terms of setting expectations, especially in caregiving?

DENISE: Uh, I don’t know if they’re a good starting point. What I do know is that they’re not the barrier that we make them out to be. So, we love to play the victim in senior living and say, “Oh regulations. Oh, we don’t have enough money. Oh, everybody looks negatively on senior living,” and so forth. Well, that’s our barriers. That’s what we’ve been dealt. And so, what are we doing about it then?

I ask people when they complain to me about regulations, I say, when’s the last time you wrote the CMS in your state about your regulations? Have you gone to anything at your state capital or down in Washington? When people go down there to advocate for senior living, have you been part of it? Have you brought residents? Have you brought your team? And the answer is usually, guess what? No. You can have your whole group of residents have a campaign and write about the funding and regulations and so forth if you think something is wrong.

But I think it’s a lot easier to blame something than to take a hard look in the mirror. Look at it. We have places that are succeeding and doing well and have great cultures in our field. And we have people who are dealing with the same set of rules. It changes a little bit state to state and so forth, but pretty much the same set of rules and they are failing while somebody else is succeeding.

It can be done, but we also have to be willing to, as Jim Collins says in Good to Great, pick up the rock and look at the squiggly things underneath it. And I don’t think . . . that’s where the accountability comes in. I don’t think most leaders are like that. But I hope that most leaders or I should say, I hope the leaders listening to this aren’t like most leaders. Hopefully, it’s the creme de la creme that is listening to this.

PAM: What haven’t I asked you that you think really plays into this whole picture of accountability?

DENISE: That is my favorite question by the way, what haven’t I asked you? You know what, I would just reiterate that I am shocked how often accountability shows up on the top 10 values that somebody wants. So out of 130 words, they picked 10 words and accountability is one of those for personal values.

And when they think about 10 values that they most want to see in their dream place to work accountability is at the top or, if not, in the top three on that list. And so, when we tell ourselves people don’t want to be held accountable, that is a lie that we’re telling ourselves. It’s not what the data says.

I have this secret dream that we’ll do this one day in senior living. That we will look at all of senior living and say to people what are senior living’s values right now? Not your company, not your particular organization, but what are the values that we see in senior living right now? And what would, if it were a dream place to work, what would the values be? And that we could look at that gap and say, how do we all together start closing that gap? Not just each organization, but all of us together start closing that gap. So that’s my crazy, wild dream.

PAM: Great dream. I hope it comes true. Because I don’t know if this is true or not, but it does seem like senior living itself is not considered such an important job and I just don’t even understand why.

DENISE: Yeah. Senior living’s got a poor image. Part of that poor image problem is us. There are some organizations that are doing a great job of this. But, what are we doing to say to people, to really connect them to purpose in the work? If we just follow around people to make sure that they took care of tasks, whether I’m a nursing assistant, a nurse, working in the dining services department. If my supervisor, the person that I work for, is constantly just following me around with tasks, I lose really the purpose of my work.

And I think that we’ve done not the best job, and I’m broad brushing it, once again. There are great organizations that do an amazing job of this, but I think we could do a better job of connecting what people do and how that contributes to the overall purpose of the work that they’re doing.

We just worked with an organization this week in Virginia that we did that Barrett Value with and it was so cool. It’s all based on Maslow’s Hierarchy of Needs. It was so cool to see them take this information and look at saying, “Okay, this is what people want. This is where we are.” They actually re-did their mission statement. Their mission statement was like 26 words, they made it seven words. So, it’s like that. I mean, they did really cool work.

PAM: Well, thank you. Thank you very much for talking with me.

NOTE: You can listen to the full podcast here: Episode 6 — Accountability, Part 2.

Stop, Sit and Listen Up: This Is the Community That Will Get Your Business 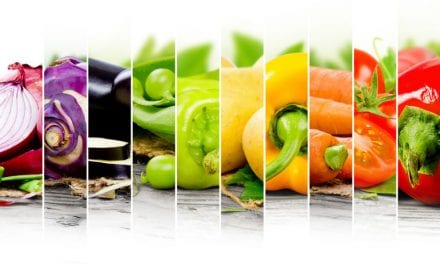 Spice It Up to Reduce Appetite Loss Among Your Residents 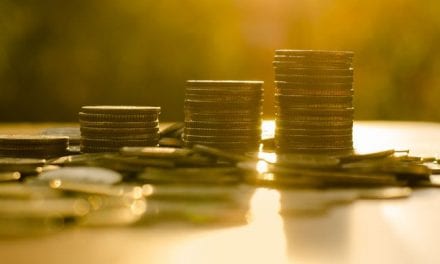 What Is Credentialing and Why Does It Save Money? 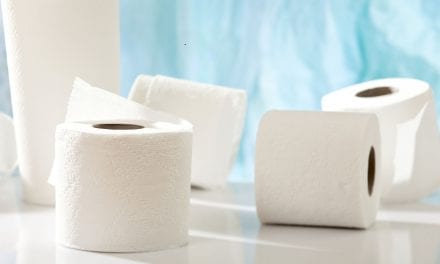 You Gotta Fight…For the Right…To Potty!