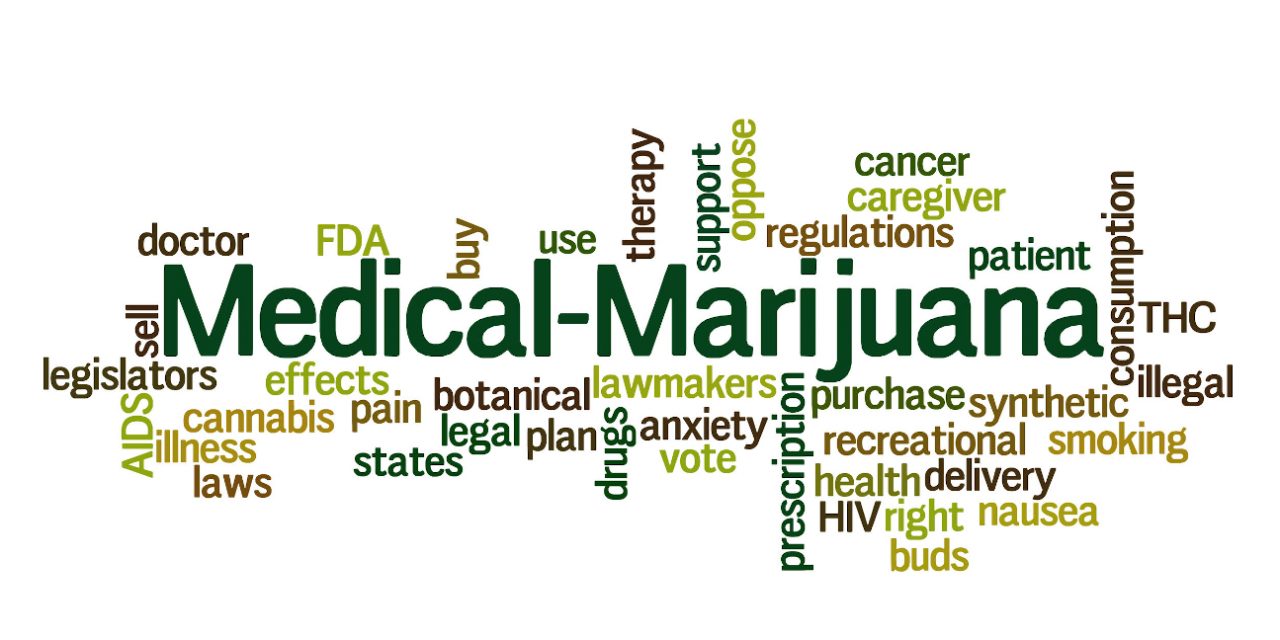 More states are decriminalizing possession of marijuana and its derivative products. But under federal law, businesses where marijuana is found are at risk for seizure of their assets. And, despite a myriad of claims, there is a near-universal lack of scientifically valid research demonstrating that marijuana can benefit seniors. In our latest podcast, retired Judge and drug court expert Peggy Hora examines considerations for senior living regarding marijuana use in its communities.

In Part 1 below are significant takeaways from the interview; you can listen to the entire podcast episode here. Find out more about therapeutic jurisprudence and Judge Hora at JusticeSpeakersInstitute.com.

First, let’s clarify. I’m a retired judge. I’m no longer on the bench. Somewhere along the first year of being on the bench, I figured out that just telling people to stop – stop using alcohol, stop using other drugs – wasn’t working. They came back time and again. I’d put them in jail, they’d get out, they’d use more, get in trouble, come back again. And I said, only people who are mad keep repeating the same thing and expecting a different outcome.

So, I started looking into the role of alcohol and other drugs in crime. After taking some classes and starting to understand the whole disease model of substance use disorders, I said, everything we’re doing is wrong and I don’t want to spend the next 20 years of my life going around and around in circles with these folks when we could do such a better job.

So, in 1989, the first drug court started in the United States, which emphasized supervision and treatment over incarceration. I chaired the committee that set up the second, which was in California. So, I’ve been involved in that area and have taught both nationally and internationally on alcohol and other drug issues for over 30 years.

With so-called medical use of marijuana, we have to clarify what legalization means and what it doesn’t mean. When you talk about legalized marijuana, you’re only talking about state laws. We have a principle called preemption that says federal laws essentially trump state laws. So, until or unless the Federal Drug Administration actually removes marijuana as a Schedule 1 drug, the feds can anytime, anywhere in all the States that have legislated around this, come in, shut it down, seize assets, and everything else. So, having a permissive policy in a business you own puts you at risk for federal seizure.

Whether that would actually happen is going to depend upon who the attorney general is. Under Eric Holder and President Obama there was a hands-off policy that pretty much said if people followed state law the feds weren’t going to intervene. That was not the case with subsequent attorneys general. So, number one, I would say follow federal law for the safest possible course and that means no marijuana or marijuana products or CBD in your facility.

Some people object to Schedule 1 as being too high of a classification for marijuana, but the fact is that policy has gotten ahead of science and we’re just now finding out a lot of negative things about both THC, the active ingredient that makes you high in marijuana, and CBD, the inactive ingredient that is touted as having medical properties. Both can be very dangerous. And particularly for seniors because there haven’t been that many studies of how marijuana affects seniors.

And, the marijuana we’re talking about today is not your mother’s marijuana. Back in 1965, the THC level, the active ingredient, was less than 1%. In 1983, it was 1.5%, in 2011, it was 11.4%, and marijuana on the street these days is about 20%. So, it’s more than 20 times stronger than it was when everybody was wearing flowers in their hair and going to the Haight Ashbury.

Edibles – the little gummies, the candy bars – can be up to 90% THC. And there are no studies on this super high-powered THC level. We do know that particularly among youth, THC is not only triggering of someone who’s predisposed to schizophrenia but may be causing schizophrenia. So, what do we know about medical marijuana? And imagine there’s quotes around medical every time I say it.

When there was an effort to move marijuana off the Schedule 1 to a lower classification, the National Institute of Health, the brightest minds in the country, reviewed every single study that’s been done on “medical” marijuana. There’s current research going on in schizophrenia, Huntington’s disease, and Alzheimer’s. It’s also being considered about anxiety, depression, and PTSD.

Conditions that look promising for medical marijuana are swelling from glaucoma in the eye, tremors in the hand, poor appetite, and several types of pain. However, there are FDA-approved pharmaceuticals for each of those conditions. So, if you have a heart condition and your prescribed digoxin, which is a heart regulator, you can take your FDA-approved digoxin, or you can go out in your garden and start eating digitalis because that’s where digoxin is derived from. Which would you rather do? Which is trustworthy, which might have fumigants, pesticides, and other horrible things?

Who’s Using Marijuana and Why?

And mainly what you need to know is there is no medical use for smoked marijuana. So, having a policy that says no smoking of marijuana or any of its various forms, is not going to hurt anyone medically. The AMA has said that, the American Medical Association.

Also, when you look at medical marijuana, if you look at who’s really using it, it’s mostly young guys with “bad backs”. So, in Colorado where they legalized recreational use, only 2% of people reported cancer as their medical condition and less than 1% reported HIV or glaucoma. All the rest were, “Oh I’ve got a hangnail, I need some marijuana.” In Oregon, the same numbers, less or similar numbers, less than 4%, less than 2%, less than 1%, so who is using medical marijuana is not the little old lady with glaucoma.

People who allow medical marijuana use in their businesses are not safe from arrest, irrespective of state law because of the principle of preemption, in my opinion. Senior living that goes ahead and allows or writes policies for the medical use of marijuana, they’re opening themselves up to risk, when they could follow the federal law and just say, “We don’t allow the use of marijuana in our community.”

There were, not to sound like a conspiracy theorist, but for 40 years, there’s been a plan to legalize all drugs in this country and there’s people still running those legalizing websites and campaigns, being backed by multimillionaires who want all drugs legalized. And the first step was to medicalize it because then you could drag out the little old lady with glaucoma and say she needs this.

There are people who are moving with their children to Colorado to get marijuana for their kids who are among the very, very few children who actually have a condition of multiple seizures. But there are studies going on right now that you could enter for free that are FDA-approved and scientific to help your child. You don’t know what the heck you’re buying on the street.

But people have been so inundated with this campaign that’s 40 years in the making that that’s what it’s going towards. And if you ask any of them who are honest, they say, “Yeah, we want the full legalization of all drugs, heroin, methamphetamine, cocaine, whatever. Sure. You have autonomy, you should be able to use it. It’s victimless,” which, of course, it is not.

The Big Business of “Medical” Marijuana

Medical marijuana, it’s very big business and the tobacco companies are right in the middle of it. For instance, here in California, we passed the recreational marijuana initiative and one of the things that was promised was that a community could opt out. You didn’t have to have head shops; you didn’t have to allow it. Then they appointed the marijuana czar, and one of the first regulations coming out of Sacramento was that exclusion does not apply to deliveries. So, you can have people delivering it in your community, whether or not your community opted out of ever having marijuana there. So, it was really a false promise in my opinion.

Secondly, because it’s illegal under federal law, you can’t use a bank if that’s your business, because your assets could be seized by the federal government. So, nobody has a bank account. It’s all cash. So, somebody’s driving into your community with a car full of marijuana and lots of cash. It’s just, you know, a set up for being picked off by predators and being robbed and causing more violence in the community. 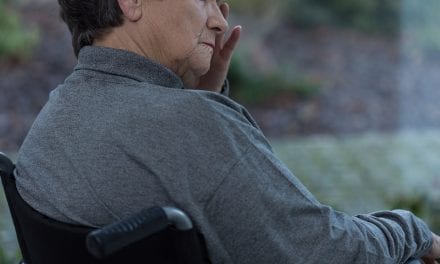 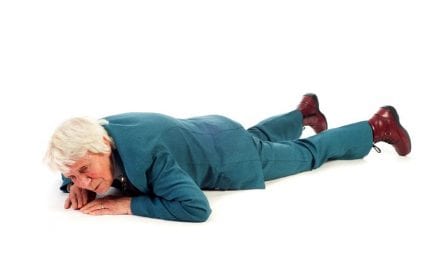 Using Sensors to Detect a Fall is Not Enough 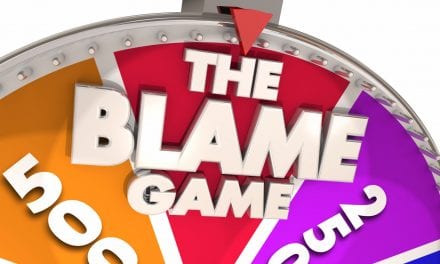