I was reading the latest op-ed piece titled “How Many of These 68,000 Deaths Could Have Been Avoided?”. Here is the problem: They sensationalize some things because publishers know sensational headlines and sensational content sells. But there is way too much sensationalizing things, and much of what they do to make it sensational is to use facts out of context. This is misleading and wrong. On the other hand, some of the things they say are completely spot on, which makes it so hard.

The story of Jose Velasquez. This story is a single incident in all of the United States and it is based on a filed lawsuit. It may be 100% accurate but there may be another side to the story, which is not talked about at all.

“Around 40 percent of all coronavirus-related deaths in the United States have been among the staff and residents of nursing homes and other long-term care facilities — totaling some 68,000 people.” — This is accurate and verifiable.

“Those deaths were not inevitable.” — Without question, many of the deaths were preventable in a theoretical way. But many were inevitable particularly given the current system. The question ought to be “What percentage of those deaths could have been prevented if:

The statement implies that if things had been done right there would have been no deaths. This is a 100% false narrative.

There is one more question that deserves talking about though no one will. If we were to go to January 1, 2021, how many of those individuals would have been dead anyway because they were so near their end of life. This sounds harsh but it is, in fact, a very important question.

“Nursing homes that have managed to contain the virus have done so by employing basic measures such as using personal protective equipment, routinely testing employees and residents and bringing on extra workers”. — While this has some truth, there have been deaths in nursing homes that have done everything right. And the lack of PPE was a huge factor; something the government was negligent in helping with.

“. . .  Responsibility for the nation’s disastrous coronavirus response rests largely with the federal government — which left states, cities, and institutions scrambling to set social distancing policies, secure equipment and effectively test and trace enough people to stop the virus from spreading.” — While I largely agree with this statement, one of the things we have not really been willing to talk about publicly is that some nursing homes and senior living communities have always had adequate PPE. This is for two reasons, they planned ahead and they went to herculean efforts to source what they needed.

“But in nursing homes, those broader failures have been compounded by several long-brewing problems of the industry’s own making.” — Imagine for a moment that from the very beginning nursing homes were provided adequate funding and reasonable regulations. The whole industry would look very different. Perhaps even a lot more like the hospital system of today.

Government policy that goes back maybe 50 years set the stage for this disaster to the point of being essentially inevitable.

Context is so important. They don’t tell the public that most not-for-profit nursing homes don’t take Medicaid residents, because the funding is inadequate. They also don’t ever tell you about the massive care failures in not-for-profit communities and in government-run communities.

This is one of the most misleading parts of the whole story.

“Those companies have squeezed profits out of these facilities by forcing them to skimp on care. As a result, per-patient staffing hours have fallen and staff quality has suffered.” — A look at the data would tell you that the nursing homes that provide the best care are the ones with the highest profits, which is the exact opposite of what the article would ask you to believe. Further, the reason staffing is inadequate is not because of greed but because of inadequate funding.

“Almost half of American nursing homes routinely violate infection-control standards, including those involving the isolation of sick residents . . .” — What does not get talked about here is that most of these violations are minor and that it is not clear there is a specific correlation to infections and deaths; with the exception that, more broadly, buildings with poor surveys are more likely to have multiple infections and deaths.

“Rather than check these practices with a strong hand or a watchful eye, the Trump administration has granted the long-term care industry several concessions in recent years: smaller fines, potentially lower tax bills and relaxed training requirements for nursing home workers. It has also proposed rolling back infection-control rules meant to keep pathogens like the coronavirus under control.” — Turning this into a political football trivializes the loss of lives. It also makes light of long-term systemic problems with the regulatory and reimbursement system that impacts every aspect of senior living.

“. . . Rather than focus on improving those records, operators of private nursing homes have deployed an army of lobbyists to press for even more funding and favorable policies.” — Not all. But most nursing homes have done all in their power, given the resources they have, to keep residents and team members safe in horrible conditions. This is a horrible insult and outrage against every single person who works in senior living.

“Among the most alarming of those policies is total immunity from wrongful death and other malpractice lawsuits — including those pertaining to the coronavirus . . .”  — In fact, what is being proposed would hold the negligent offenders accountable. It is hard to know what the NYT and others want. To close all the nursing homes, to put them out of business. There are some horrible negligent operators that should go out of business, some operators that should go to prison. But not most. If there were no limits, we would end up without enough nursing home beds or much higher costs.

“Every effort should be made to ensure that the bulk of the money that the government puts into this industry goes to patient care, not providers’ pockets.” — While this is a fantastic quotable statement it is demonstrably FALSE. Even the most abusive, horrible, “should be closed down” companies put way more money into resident care (see they can’t even get the terminology right).

“An investigation started by the House of Representatives into the nation’s largest for-profit homes is a meaningful step in this direction. The Justice Department should follow suit.” — An honest investigation would be a good thing. It would show that some operators should be crushed and that others are doing the best they can given the resources they have. It would force a complete revamping of the whole system of post-acute care.

“For another thing, testing mandates and rules about personal protective equipment need to be backed up with financial and logistical support. Facilities and municipalities are still bidding against one another for personal protective equipment, and for most of the past six months, long-term care facilities have had no higher prioritization for testing than an average person.” — Broadly I agree, but I also think it diminishes the efforts some organizations went through to make sure they kept their residents safe. The question is really this, how much of PPE availability was the government’s responsibility, and how much the provider’s obligation?

“The federal government’s attempts to address these problems have been belated and clumsy: unusable gloves and gowns, a testing initiative that didn’t begin until midsummer and that remains far too meager, and unenforceable mandates”.

“In the near term, lawmakers should provide for hazard pay for nursing home workers in the next relief package and should require all nursing homes to enact non-punitive sick-leave policies so that workers don’t infect colleagues or residents.” — The thing that gets completely missed is that front-line workers do not get paid enough and the federal government has complete control over this.

They could with the stroke of a pen allocate additional dollars to make it so that front-line caregivers are paid $2, $3, $4 or even $5 more an hour. What gets missed that if we were to do this, we would attract a different caliber of worker. And those workers would better protect our residents.

While I mostly hate these hit pieces against an industry I love, they in fact provide value because they (hopefully) become a mirror that forces us to see the things we still need to work on. 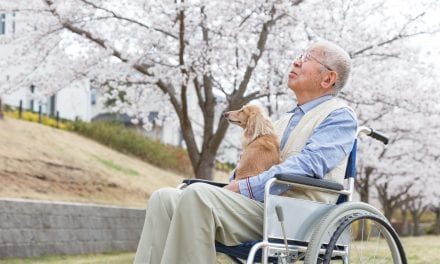 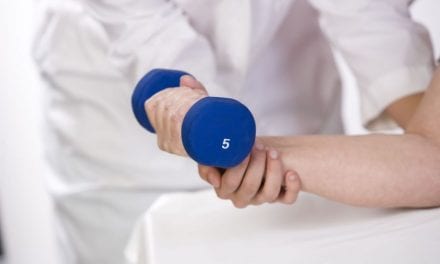 Why Every Senior Living Community Needs A Strong Rehab Program 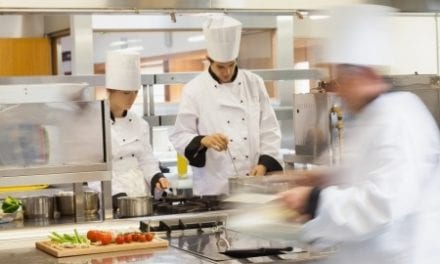