Nine rules that will revolutionize your use of social media

1. What is true in social media today won’t be true tomorrow.  This means that even if your social media campaign is working right now it will not continue to work in the same way.  Even worse, it is possible that what works today could kill you tomorrow.

1. What is true in social media today won’t be true tomorrow.

This means that even if your social media campaign is working right now it will not continue to work in the same way.  Even worse, it is possible that what works today could kill you tomorrow.

This means you need to keep constant watch on what is working and not working both in the Senior Housing Industry and in other industries.  The best example of this is the sameness of senior housing communities websites and Facebook pages.

Become a resource. –  Don’t try to be clever, be clever. –  Always be honest and trustworthy, in everything you say and do. –  Entertain me. Tweets are short; so is life. –  Thou shalt not retweet everything you read. –  If all you do is respond to complaints, that’s all people will send you. –  It’s a conversation not a commercial. –  Don’t follow just to get followed. It’s slutty. –  Follow people who have something worth saying…then follow the people they follow. –  Not everything will work, and that’s fine. –  My Rule No. 1: Be wary of social media rules. –  Update your page, or delete it. –  Consistency is critical. Don’t expect results if you’re not regularly putting forth an effort.

3. Learn What Works by Trying and Then Trying Again . . . with a Twist

The thing that makes social media appealing is that it can be a game changer for those willing to engage.  Believe it or not, the right social media campaign can make all the difference between 80% occupancy and 95% occupancy. The thing that makes social media terrifying is that often times you will try something and it won’t work or even worse it will occasionally have negative consequences. This means you have to try things, then be honest in evaluating how well it worked.  If it was positive, figure out how to do it again only better.  If it doesn’t work try something else.  Keep experimenting, keep reinventing.

4. It’s More Than Just The Numbers

Paying attention to things like the number of friends you have on Facebook, followers on Twitter, hits on your website is important, but not the real goal.  The endgame is getting a prospect to come visit your community so that you can create personal engagement.

The practical implication of this is that when you tell your story to prospects, you need to be asking them this question: “What do you think?”  The killer concept is that people want to be . . . need to be, a part of the process, they do not want to just be told what to do, they want to be a part of the solution.  Once again it is about creating personal engagement.

You need to provide more value that you take.  An example: There is a senior housing consultant who posted on Twitter and LinkedIn a series of blog articles where the tease was valuable content. I bit and followed the link.  I was disgusted to discover that I was being lured to a page that was pure advertising.  That person stole my time, promising something that was not delivered.  If you offer real value people will want to know more . . . want to get to know you better.  They will come back for more.

I was chatting with someone who blogs (outside the senior housing industry) and we were talking about how to get more readers.  He confessed that his readership was just a handful of people each month.  He wanted to know how I had grown the Senior Housing Forum traffic.  I asked how long his blog posts were and he told me 5,000 words.  Argh . . . no wonder.  If you have a lot to say and it is good, offer a little at a time.  Do a multi-part series. People do are not going to spend a long time on any page.  Think short, sentences and short paragraphs.

It takes time to create an individual piece of content and it takes time to build a following by consistently creating useful content.  Using contests, games or gimmicks to increase traffic may have it’s place, but that traffic can disappear as fast as it appears.

About as complex content should ever get is a multipart series on a subject and only if there is too much material to digest in a single setting.  Don’t offer up a tease then “force” the reader to go through a bunch of hoops to get to the meat.  Most the time they will just say “forget it” and never see your message, no matter how good it is.  Even worse they will remember you and your community only in negative light. Want to dig deeper  Check out the Fast Company Series The Rules of Social Media Steve Moran

Avoid These 4 Stock Photo Mistakes at All Costs

The Consumer Journey: How Your Next Resident Gets To Your Assisted Living Community 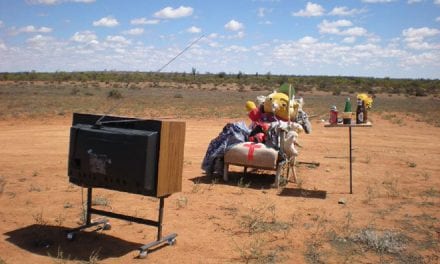 Senior Housing Forum Welcomes “It’s Never 2 Late”: Why You Should Get to Know Them