A huge nod to Peter Shankman for inspiring the topic, including swiping the title.

For most of the past year, the entirety of senior living has been rightly consumed with just two things:

As an industry, we have largely been successful at these two endeavors aided in large part by the lobbying efforts of AHCA/NCAL, LeadingAge, and Argentum; in addition to patient capital providers, dedicated teams, and wise leaders. At the same time, it has uncovered some not-so-good leadership. The results of which we will see play out in 2021 with communities being transitioned from weak organizations to strong ones. While painful, it will be better for residents, family members, teams, and the industry.

Light at the End of the Tunnel

With vaccines being delivered we know better times are ahead. We are on the path to a new normal. But there is a great danger that 2020 was so terrible that we would be satisfied to just get back to 2020 life before the pandemic overtook us.

If that were to happen it would, over time, be the greatest tragedy of all.

The Year of Motion

I DON’T GET IT

Where Do You Start?

The biggest problem is that it is hard to get started with something new. It takes additional resources or stopping something you are already doing. And even though what you are doing may not work that well, it probably works a little or used to work a little. Scariest of all is this: the new thing you try MIGHT FAIL.

Failure is so good, so sweet, it teaches you what not to do next time. At Senior Living Foresight, we know failure and frankly, without the failures, we would be less successful, not more. Here are a few of our failures:

The Rest of the Story

But then let’s talk about the successes:

Not a single one of the new initiatives was perfect. The thing is that we tried them and then along the way we made adjustments and with that came success.

My dream for you this year is that you try something new and messy and risky. I promise you will be amazed at how good it turns out. What Are the Unintended Consequences? 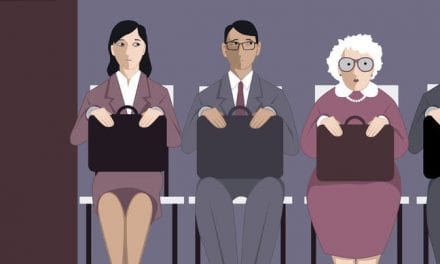