Bonuses for the Meek and Lowly? 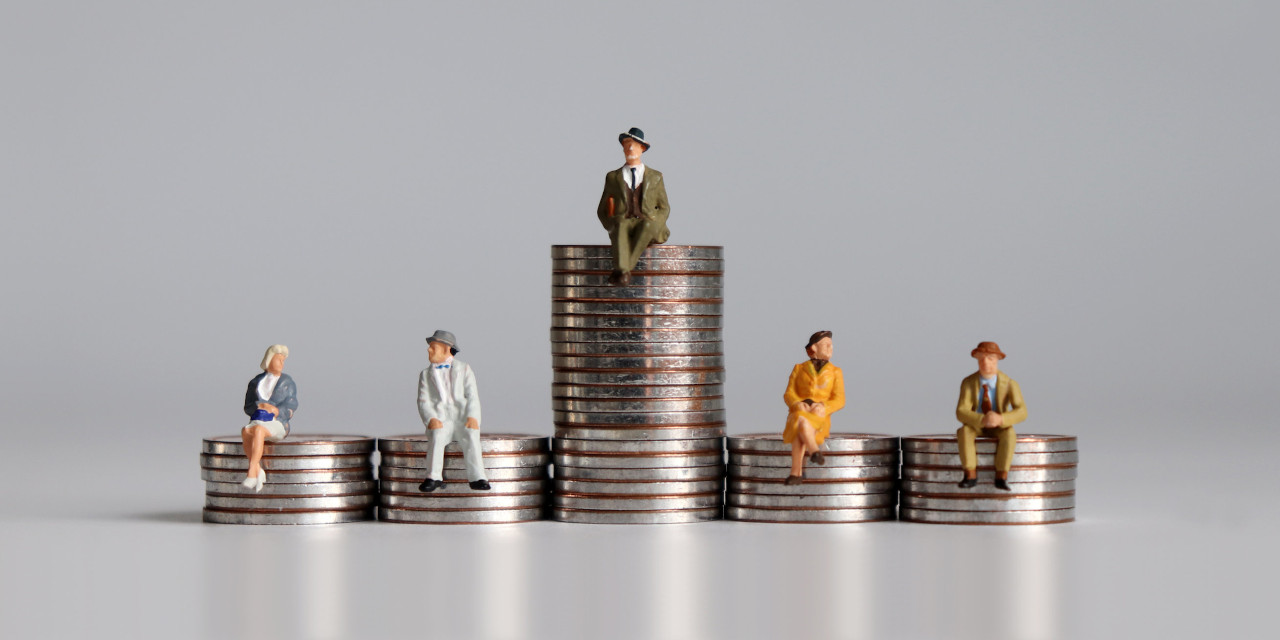 The question of whether there should be tipping in senior living and a more relaxed policy toward employee services outside their work scope is clearly controversial. A recent article about nursing home employees receiving cash to host a birthday celebration led to considerable correspondence on both sides of the question.

The prevailing view is that tipping leads to favoritism of some residents, a guilt-laden sense of obligation for others, and inequity between front-of-house employees and those who work unheralded behind the scenes. The contrary view is that lower-level employees should have similar opportunities for incentive pay as those who have escalated executive pay. Tipping may not be the best form of incentive, though it can create a commonality between residents and those who aid them.

Since the 1990s, the gap between the pay of top executives and that of working-level employees has widened. That escalation of executive compensation has been driven by stock options and other incentive compensation plans. The rationalization is that pay must be competitive to attract, retain, and motivate talented managers and executives. For the most part, lower-level employees have not shared in that largesse.

Less well-known is the escalation of executive pay among not-for-profit organizations, at least those like many senior living enterprises that have the financial means to reward those at the top. This escalation is an outgrowth of Internal Revenue Code Section 4958, enacted in 1996. On its face, 4958 restricts not-for-profit pay, but the IRS’s interpretation of the provision has had the opposite effect.

That interpretation justifies high pay based on competitive compensation studies. Since high-paying shareholder firms might lure not-for-profit executives away, competitive studies are not limited to similar not-for-profit businesses. The result: the IRS competitiveness constraint drives pay upward. It also leads to an upward spiral as enterprises strive to stay competitive.

No wonder workers have become restless. No wonder anti-business politicians are increasingly popular. Not only is lower-level employees’ work more regimented, but their pay has also lagged. Given that low-wage workers are barely getting by, for them, their pay plays a bigger role in attracting, retaining, and motivating talent than it does for their better-paid leaders. Imagine biking to work because you can’t afford a car.

Tipping, or service charges like those in social clubs or on cruise ships, may not be the answer to the employee and resident empowerment challenges. Concededly, added service charges, including sales taxes, are as annoying as setting clocks forward and back twice a year.

Still, we need to start the dialogue somewhere if senior living is to continue to thrive. The time when management could unilaterally make all decisions, with the concurrence of supportive boards, is giving way to an emerging culture demanding empowerment among those who are aging. The top-down culture of the past is driving both the growing consumerist will to avoid institutionalized congregate living and the demands of workers for fairer pay with life balance.

For years, senior living leaders have filled panels at conferences predicting that a new consumer generation is coming. Those consumers are here now, staying put in the homes where they’ve long lived, and consumers will stay put unless the industry adapts to make them feel welcome. We’ve long seen the consumer revolution coming. No one, however, foresaw that a more demanding workforce would arrive out of the blue to complicate the challenge of the new consumer.

The CCRC industry originated as congregate homes to sustain people from retirement — then normally age 65 — through end-of-life. Before then, old age care was predominately nursing care, so independent living expanded the senior living market and channeled people into affiliated caregiving services. Since those beginnings, though, medicine has extended the years of vitality. Today’s 65-year-old is still full of pep and vigor and decades away from thinking of care. At the same time, the gig economy is evolving to meet needs, further delaying the time when aging people need institutional care.

The consequences of these changes are evident. People are waiting longer and longer to move in. Those rising entry ages are pushing senior living back toward a focus on caregiving. In general, the industry has simply accepted rising entry ages, higher acuities, and shorter stays. The CCRC offering has not changed much. If anything, the offering has changed to favor corporate interests over consumer value as Type A contracts and other inclusions become less and less prevalent.

That approach is blind to the realities of reducing market share and to growing apprehension among consumers, reflecting thinking like that of the Government Accountability Office that Continuing Care Retirement Communities Can Provide Benefits, but Not Without Some Risk. People who fear future dependency have a low appetite for risk. They are going to avoid an industry that is perceived as risky.

Now the pandemic has shown employees that they, too, are at risk. The widespread belief that a job was security proved to be a myth during the mass layoffs of 2020. Even the most dedicated, most loyal employees were stretched to their limits by the challenges of COVID-19. For two-earner families, childcare became a burden for which employers made little provision.

While many industry leaders believe that everything will soon return to a pre-pandemic normal, it’s beginning to feel like a new cultural evolution. The path of caution is to plan that change is here to stay and to adapt. That calls for active management. The years of complacency, self-congratulation, and business-as-usual may lie in the past.

Gazing Into the Future

If the future were clear, there’d be no need for creativity and wisdom. Here are some changes that may reflect the rise of resident and employee influence in governance. In this context, the interests of frontline staff and residents are the same. Hence, relaxing the boundaries between residents and employees may be one possibility. Gratuities are part of that, whether they’re rewards for exceptional service or help for an employee in need.

Providing career tracks for employees is another possibility. No one should be stuck for 20 years or more in a dead-end, entry-level position. Senior living has not been as committed as other industries to helping entry-level staff advance. Even tuition refunds and holiday bonuses are more often provided by residents than by corporate.

Providing life tracks for independent-minded residents is another. Younger residents want and expect to have a voice. Also, today’s young residents are far more vibrant and active than were their counterparts from 20 or 30 years ago, when today’s senior living executive leaders were entering the business. These vibrant residents expect to have coworking spaces and other amenities beyond the feel-good arts and crafts of prior generations.

Rethinking age segregation is another. Most of those who are minimally age-eligible for senior living don’t believe that they are ready for “that” yet. They don’t specify what they mean by “that,” though we can infer that they mean decrepitude. That is a self-fulfilling expectation. Age segregation has led to the perception that moving into senior living is a declaration of old age, and that is how management has tended to treat it. Although the minimum eligibility age is no more than 65, owners, managers, and executives think of it as closer to 85. It’s one thing to offer services needed widely by older people. It’s another to restrict eligibility to people who are willing to consider themselves to be old.

As long as age requirements stay in place, senior living is likely to trend more and more toward assisted living. That can be a comfortable niche, but the industry should stop pretending that it offers meaningful independent or “residential” living if caregiving is to be the focus.

Embracing technology is important both for employees and residents. Younger workers just now entering the industry grew up with smartphones in their hands, and they expect to work in a digital environment. They can’t understand it when businesses are more backward than they are. Prospective residents, too, expect ubiquitous digitization, and many turn away when they find that a community is lagging.

Senior living can turn its backwardness into an advantage by leapfrogging the intermediate steps in the evolution of today’s digitization to land in the emerging world of tomorrow. That requires a rethinking of the skills needed in the C-Suite. The entrepreneurial CEO for today is likely to be younger and more tech-savvy than the nice guys of the past.

This article began with a controversial discussion of tipping policy. Change is controversial, but cultural evolution, extended vitality, and technology don’t care about rationalizations. If tipping ignites as much discussion as this, then it’s evident that the appetite for change in senior living is slower than what the changing culture requires. No wonder younger, age-eligible prospects are staying put. No wonder there’s workforce pushback.

There may always be opportunities for senior living in facility-based assisted living. But without bold thinking, that limited prospect is likely to remain the industry’s future.  If caregiving is senior living, let’s just call it that, “assisted living,” and not pretend that it’s more.

The alternative is to shift direction to embrace the “better living” future. Elevating and empowering frontline employees, and the residents they work with, can bring the joys in living that motivate executives. We might call those bonuses for the meek and lowly. “Take my yoke upon you, and learn of me; for I am meek and lowly in heart: and ye shall find rest unto your souls,” Matthew 11:29 (KJV). 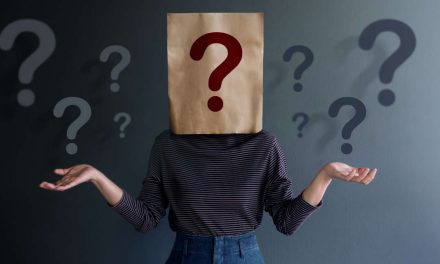 Who Is(n’t) Training Our CNAs? 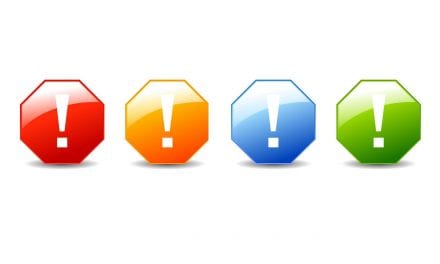 4 Warning Signs That Your Employee Is Disengaged 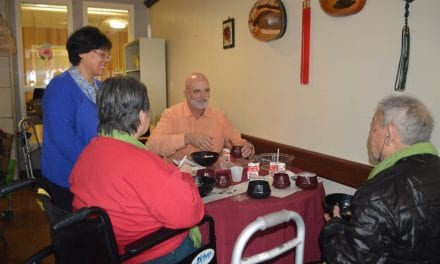 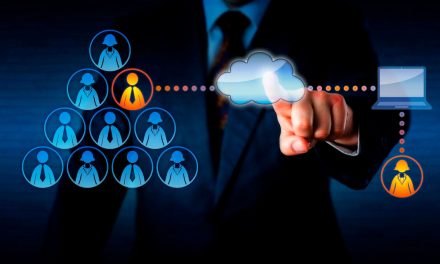