When your front desk stops getting inundated with residents asking what time the trip to the golf course is or when the beauty parlor opens, because they are getting it off an app, that’s progress. But when your 102-year-old resident pulls out his iPad to access the app, you know you have something special on your hands.

Bay Village of Sarasota senior living has experienced that “something special” since they made the decision to implement the Touchtown Community App last June (Touchtown is a Senior Living Foresight partner). They’re getting even the most tech-averse residents to hit the download button (currently 200 of 300 residents) due to features like easy access to dining menus, activity calendars, and the community directory.

Recently Touchtown’s Christian Kratsas, Director of Marketing, and Brittany Barr, Marketing Coordinator, sat down with Diana Caughron, Resident Services Director for Bay Village to talk about how they are using Touchtown and to gather input on how they can continue to improve their technology for providers.

Training Sessions Were Filled to Capacity, Everyone Wanted the App

Bay Village began collaborating with Touchtown in 2017, installing 17 digital signs throughout the 12-story building. “We had a TV channel before Touchtown,” Diana says. “It gave some information, but it was of limited use. Adding the monitors and putting information up in seconds is really nice,” she adds.

The real game-changer, however, has been the mobile app. And getting residents to use it was pretty painless, according to Diana. Part of that was her approach. She and her team enlisted the help of a core group of about six tech-savvy residents to provide content suggestions for the app, as well as to assist with implementation. After being trained on the app, they went on to serve as ambassadors for the rest of the community, helping to break down the barrier to technology adoption. And it was a success! The two training sessions they held were full to capacity, according to Diana.

“They went really well,” Diana says. “Afterwards, hardly anyone came up to say, ‘I don’t understand, I need help.’ It’s been mostly very positive comments,” she added. And app usage has grown steadily ever since, becoming a standard part of the admissions process. “When people move in, the marketing team puts them on the app if they have a smart phone,” Diana says. “That helps with user adoption.”

It’s also had a positive impact on overall engagement. Diana noticed that, after putting advance ticket notices on the app for the local theater production, the bus seat reservations got full, and at a faster rate than before.

As for the content itself, there’s plenty of it. Bay Village posts an average of 150 activities and 172 announcements in any given 90-day period. And they’re seeing 2,000+ logins per month by residents. They know this because of Touchtown’s “TownSquare” application, a dashboard that provides all kinds of data on content and usage. These analytics help the staff understand what their residents are interested in and how they’re using the technology, allowing them to better allocate their energy and resources. Touchtown also provides new content ideas in the hub to further help the staff implement meaningful programming.

TownSquare also has an online group feature for community administrators, enabling senior living professionals to collaborate through a forum module. What’s cool about it is that someone will post a question and outside users can respond with what they have done in their community. “I really like that,” Diana says. “It’s interesting. Nice to hear what others have done.”

Between the digital displays and the app, residents can instantly access what’s for dinner, the week’s events, and any other information posted by staff. They can also use simple search terms to find out when their favorite food is being served or access events based on their interests.

So what about all that paper? It hasn’t gone away completely, according to Diana. Bay Village still puts out their monthly printed newsletter, for instance. But the electronic version goes up on the app first. Another perk of using the app. You get a sneak preview ahead of the print copy!

Perhaps unsurprisingly, the most popular Touchtown app module is the resident directory. It allows new and existing residents to plug into the community and learn more about their fellow residents. “Neighbors no longer have to feel embarrassed when they can’t remember each other’s’ names,” Diana says. “They can just browse through the directory by image.

The Touchtown displays and app have become a staple of Bay Village life. “What would happen if it were taken away?”, Christian asks. Not a good idea, according to Diana, “As staff, we’d be getting a lot more phone calls. Residents wouldn’t get out as much because they wouldn’t know what was going on.”

Looks like Touchtown apps are there to stay. And, by all accounts, that’s good news.

For more information about Touchtown, please visit their website. 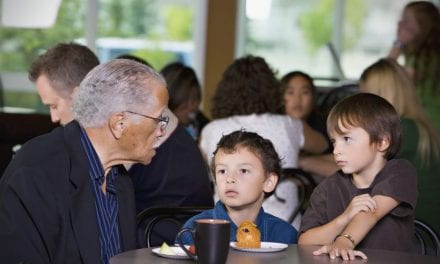 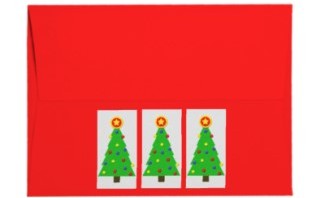 71% of Residents Selected Their Community Based on This