We Are Getting Staffing All Wrong: The Path Forward 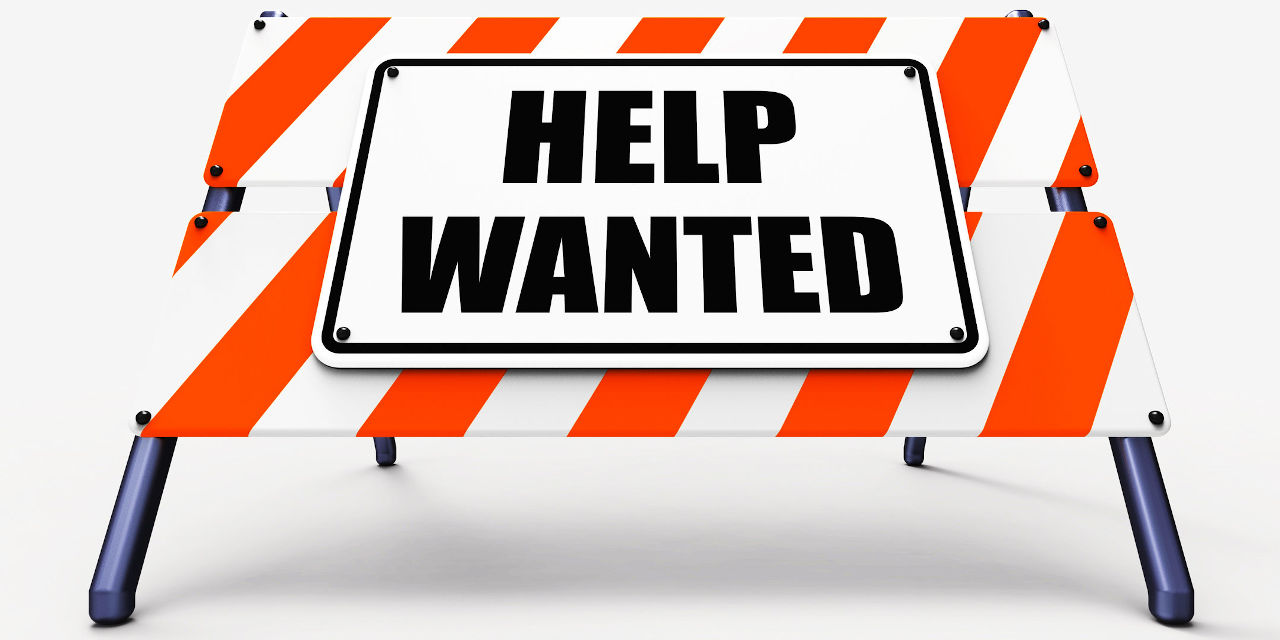 Do you find work to be drudgery that intrudes itself into your life or is it a joy that lifts your spirits? The nature of work is changing, and we can all benefit from the change. The big idea is that people are more productive when working for themselves rather than having to endure an unhappy work situation. Continuous internet connectivity powers the change. The workforce challenge isn’t going away because the pandemic has given impetus to the Opportunity Culture. Workers no longer need to settle for subsistence jobs.

Think about senior living. Providing services to those who are aging has evolved as a people-intensive business. While that’s changing with the potentialities of technology, there are structural factors in the industry as it’s now constituted – regulatory, mindset, finances, etc. – that make it difficult to benefit from that potential. Removing impediments to progress requires the combined efforts of proactive trade associations, prescient C-suite leaders, and application developers.

Predominant is the industry’s dependence on low-paid workers. Low pay is a deterrent to the pursuit of technology. Why build a machine when labor is so cheap? Those workers, many of them immigrants, themselves need indigent services. And despite the prominence of not-for-profits among the industry leaders, the industry has not done well at helping them. Continuous connectivity, enabled by the internet and the culture it has spawned, opens opportunities for workers that were not previously possible.

There are opportunities for the businesses that employ those workers as well. With social welfare reform, employers can be freed from having to be benefits experts in addition to their core business activities. Employees can have health insurance and retirement savings that go with them, no matter what their employment, or even the lack thereof.

The interpersonal dynamics of supervision and performance can also improve. Those supervisors who motivate and inspire teamwork will be more effective than those who are more controlling. Thus, this new Opportunity Culture empowers both workers and those businesses that are able to adapt.

The Land of Opportunity

There have long been enterprising people who strike out on their own to become merchants or to risk startup companies. America has made business formation simpler than almost any other nation. Now, the self-employment Opportunity Culture for people of gumption is increasingly available to less sophisticated workers. These are for the most part very low-paid subsistence level workers with few advancement prospects. They have carried out many menial tasks in senior living.

The internet has given rise to the “gig economy” in which people can grab a “gig”, say, an Uber or Lyft “gig” to drive a customer from hill to dale, or grab a work shift in a business so that with dedication they can earn a decent living. This contrasts with the “job” economy in which a driver, say, must work a set shift every day, for example, from 6 am to 3 pm. If the driver is late, she or he can be dismissed. If the “gig” worker skips a “gig,” someone else will usually pick it up. The performance onus shifts to the worker.

Debunking the Myth of Job Security

The pandemic has changed workers’ perceptions of their employment. It became evident that what may have once seemed like a secure job, even a career, can end very quickly if the employer’s fortunes encounter a downturn. The same occurs in senior living if occupancy and revenues dwindle. The myth that a good job is secure has been shaken.

The consequence is that a new Opportunity Culture is taking hold in America. It’s supplanting the Industrial Culture which has long prevailed in which people punch a clock, work regular hours, pretend like work is a higher priority than family, and subordinate themselves to a boss. We find the Opportunity Culture in Shark Tank and in books like “Rich Dad, Poor Dad,” or the more recent book, “How to Get Rich Before 30.” More and more, people want to feel that they work for themselves and that they have flexibility even if it means that they work harder and more intensely.

This is particularly true for families with young children since the pandemic obligated parents to find a way to home school their children, and employers did little to help. Workplace childcare, especially when childhood illnesses strike, continues to be rare in the United States. It’s surprising that senior living providers, with their healthcare capabilities, didn’t act swiftly to seize the employment advantage that they might have had if they had offered onsite childcare.

Why Should Healthcare Be An Employer’s Burden?

It’s in employers’ interest to get out of the benefits business. The World War II labor shortage, combined with wage controls, forced employers to compete for workers by offering “fringe” benefits. This dependence of social welfare benefits on employment is different in the United States from the rest of the world. Now, these many years later, “fringe” benefits have turned into an uncontrollable cost burden for employers. That dependence on employers for benefits, especially healthcare, are a trap for unhappy employees. It cuts both ways with little good to show for the structure.

Now, with the advent of the Opportunity Culture, the balance is beginning to shift.  This is not the first time that the organization of work has changed. In the early years of our American nation, yeoman farmers worked hard, but they had the freedom and self-determination of working their own hours. Their labor was for themselves. Of course, that was different in those places where the injustice of slavery persisted, but it was that enterprising spirit of yeoman laborers that gave rise to our American Dream.

Shedding the Shackles of Mechanistic Labor

Working a “job” today (colloquially called “punching the clock”) can feel more like the mechanistic form of labor required by assembly lines than that of the yeoman farmer, or his craft worker shopkeeper colleague for that matter. Remember the image of the leather aproned Benjamin Franklin working for himself in his print shop.

To this day, in presenting the relative responsibilities of employers and their employees, labor law uses the archaic terms “master” and “servant.” That relationship is distinguished from “principal” and “agent,” which commonly exists for those who work as independent contractors setting their own hours for agreed duties.

A large enterprise like Uber can try to impose its corporate interests to the detriment of those who provide the services. Already, laws and other interventions are bringing some of the protections of less self-empowered “job” workers to the freer work environment of “gig” workers. Much of the controversy around the evolution of the Opportunity Culture revolves around social welfare benefits. Social welfare is not a responsibility that should be imposed on employers.

In senior living, many providers have long had to turn to what is known as “registry”, i.e. staffing agencies, when they were unable to meet statutory requirements for nurse/patient ratios. The drawback to such agencies is the high overhead, often a percentage, that they impose for their services. Many enterprises take on the burden of employees to avoid those agency overhead costs.

The app-driven “gig” economy can reduce those agency costs to bring economic benefit to everyone. As fewer workers want traditional employment, preferring to work in the “gig” economy, “registry” type solutions are likely to become more significant. In effect, this brings with it many of the characteristics of a market economy.

For instance, an employer might require employees to work less-desirable shifts as a condition of employment without increasing compensation accordingly. App-based, shift pricing has the potential to adapt to emerging supply and demand, so that undesirable shifts will pay more. The resulting cost to those who need the workers will then encourage greater efficiency in staffing. One way to get there is through technology. That will require senior living advocates to lobby to replace mandated staffing ratios with improved patient outcomes. Technology can improve care while reducing staffing needs if laws can be modified to encourage such advances.

If you’ve read this far, you’ve noted that the Opportunity Culture requires a change from reactive government toward proactive principled regulation. At its best, government promotes the general welfare and encourages individual initiative. In our discussion above we mention social welfare. Social welfare refers to divergent societal challenges including healthcare, retirement policy, care for the helpless, and minimum living standards.

In the realm of social welfare, government authority can ensure universality, as with enrollment in the Social Security System, and can redistribute resources. Government is less effective at innovating, pursuing efficiencies, responding to individual circumstances, or acting quickly and effectively.

Neither providers nor the residents in their care benefit today from the excessive, but often misguided, micro-regulation that pervades the state-differentiated oversight of senior living. The federal role implemented by the Centers for Medicare and Medicaid has not done better with skilled nursing, which is starved for reimbursement funds and required to operate often at a loss. The failure of industry organizations to engage constructively with residents, prospects, family members, and other consumers has deprived the industry of grassroots support that might otherwise have provided a more solid foundation.

Unfortunately, with the reality of today’s partisan and special interest divisiveness, it’s unlikely that government – state or federal – can develop the constructive framework to meet the needs of workers and residents. Perhaps, the Opportunity Culture will lead the way forward so that laggards – government, lobbyists, and others – can grasp the future and help all who live and are aging in America.

Marion McGovern, who first coined the term “gig economy,” is a senior living enterprise board member. Her book, “Thriving in the Gig Economy” can be found by clicking here. 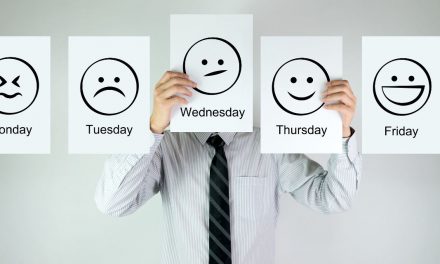 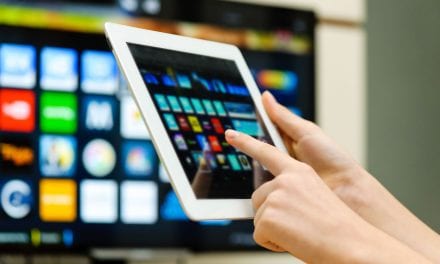 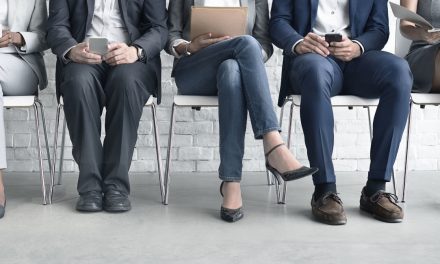 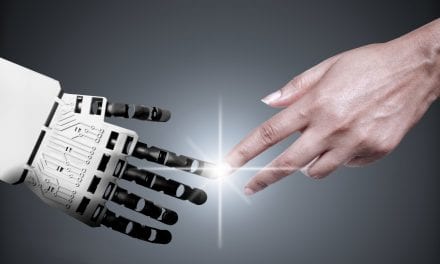