The Ballad of Martin and Patty What the hell do Buddhist monks and an abducted newspaper heiress have to do with long-term care?

WHY BABY BOOMERS WILL NEVER LIVE IN NURSING HOMES NOTE: This story is based on a compilation of FBI documents and my memory, flawed though it may be.

On a cool February evening, sitting on the floor of her apartment at 2603 Benvenue Street, Berkeley, California, Patricia Campbell Hearst thumbed through her second-semester Art History texts. The UC Berkeley Sophomore, and heir to the Randolph Hearst publishing fortune, reached for the glass of chardonnay her fiancé, Stephen Weed, had poured her. As they sipped the wine, Stephen walked toward the television, hoping to catch a rerun of the Smothers Brothers.

Hearst suddenly put her index finger to her lips.

The urgency and pre-emptive danger she injected into the single word was enough to stop Stephen in his tracks. “What . . . ?” was all he could manage.

Shhh!” she repeated, with a glare unmistakable in its message.

Then, at the very moment that all motion and sound in the apartment abruptly stopped, five individuals – at least two carrying automatic weapons – broke through the front door and rushed Patty in what the FBI would later call “a leftist-inspired kidnapping,” Hearst was beaten and lost consciousness during the abduction. Shots were fired from a machine gun during the incident and Weed and a neighbor were beaten and tied up.

And just 2.9 miles away, in a modest two-story brick home that had been converted into a Zen Buddhist priory, I removed my black monk’s robe and prepared for bed.

On February 4, 1974, the night Patty Hearst was kidnapped by the Symbionese Liberation Army(1), I was a 23-year-old Soto Zen Buddhist monastic novitiate, studying under the auspices of Reverend Master Jiyu Kennett, Roshi of Shasta Abbey, Mt. Shasta, California. Earlier that year, I moved from Mt. Shasta to a home in the 3600 block of Oakland’s Telegraph Ave., across the street from a California Highway Patrol (CHP) office.

Such moves were not uncommon at Shasta. Because monks paid tuition to receive the Dharma teachings, a work/study break in the Bay Area once a year was routine.. I worked as a forklift driver that year while living at the Oakland priory.

“I’m following you,” you’re probably thinking right about now, “but what do Buddhist monks and an abducted newspaper heiress have to do with long-term care?” What do you see when you look at the picture of Patty and me?  I’ll tell you what I see. I see two baby boomers who decided they would transform the world, and although Patty and I had very different ideas about the nature of that transformation (Hearst would later join her captors in a criminal conspiracy that included a bank robbery), we were fully-engaged, self-designated agents of change. (As a monk I added the caveat, “by changing myself”).

And that, my friend, is the tag line for the Woodstock generation: “Changing the World.” Almost eighty-millionbaby boomers with a singular dream: a safer planet, more responsive populace, less global manipulation, and universal dynamic kindness.

And if you think these 77,000,000 baby boomers are willing to spend a single day in a nursing home or assisted living facility, you haven’t heard a word I’ve said.

We’re not gonna take it

Never did and never will

And as far as we can tell

We ain’t gonna take you

Never did and never will

(1) The SLA was formed through contacts made by a leftist-oriented study group, coordinated by a University of California, Berkeley professor. Its purpose was the tutelage of black inmates, and over time the ethos became increasingly radicalized. Eventually, black convicts were viewed as heroic political prisoners, victimized by a racist American society. On March 5, 1973, African American Donald DeFreeze escaped from prison. Radical penal activists and future SLA members, Russell Little and William Wolfe, took DeFreeze to Patricia Soltysik‘s house. The SLA was led by DeFreeze, who after a prison acquaintance named Wheeler left, was the only African American. Why Do You Even Go to Work? Are You Hanging Out with the Right People? 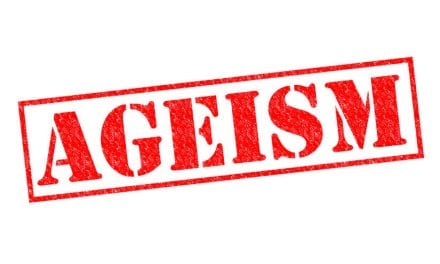 Video Blog: Seeing My Own Ageism, Wisdom from Trish Barbato