There is this notion that the best place to recruit staff is from hotels. I am not quite so sure that is true . . .

There is this notion that the best place to recruit staff is from hotels. I am not quite so sure that is true . . . unless what you are looking for is people who are really good at following the rules and saying, “Well those are the rules, there is nothing more I can do.”

I spend about 70 to 80 nights a year in hotels, mostly attending conferences. I wish I could tell you I have figured out how to do the hotel thing in an efficient and cost-effective fashion but I have not. Often I use the conference hotel but many times I don’t get my press pass confirmed until after the conference hotels are sold out.

Then it is usually Hotwire or Airbnb. Both tend to yield bargains and because they are bargains they are also sometimes adventures . . . which is mostly okay, since I just need a place to shower and sleep.

My last trip of the year starts with a quick jump from Sacramento to Los Angeles where I will spend a day with Denise Boudreau-Scott working on our first Culture 2100 gathering in January, then on to Toronto for some meetings with my friends at PointClickCare and for their annual blow-out Christmas party.

I took on the task of getting hotel rooms in Los Angeles, three rooms (Denise, Allison from Drive and one for me) for one night and one room for an additional night (for me). Not very complicated except that Hotwire does not really have a notion of getting 3 rooms for one night and then extending just one room.

I figured no big deal, once I got the hotel I would call the front desk and get one room extended figuring a slight increase in rate (what Hotwire was offering to extend the three rooms). The front desk immediately shuffled me off to central reservations who offered me a rate of almost 3 times my Hotwire rate.

Fine, back to the front desk asking for a manager. Left a message and 5 hours later no response. One final call to the Hyatt problem-solving desk. They called the front desk and the final answer was the 3X rate.

My response, I will book another room at another hotel for less money. No problem . . . and steer away from Hyatt as much as possible.

Is This Really Our Kind of People?

I strongly believe we need great policies and procedures that are loosely held and they need to be coupled with local management that we trust and who are allowed to, even encouraged to, break with policy when it benefits everyone.

In this case with Hyatt, they lost one night (no big deal in the scope of their business), but “gained” my loosely held commitment to avoid Hyatt whenever possible and . . . my word of mouth storytelling about how I was treated; probably the most significant of the three.

All consumers have two serious ways to vote. The first is obvious, where they spend their money. The second is less obvious but in most cases more important and that is consumers tell our stories of great or terrible customer service. I quit flying American Airlines three years ago and have spent about $40,000 at Delta instead and continue to remind people how terrible American Airlines is.

Does it make a difference? No idea but I know for sure that word of mouth is critical to occupancy in senior living and we need to not let policy or the way we have always done it get it the way of people loving us. Your Residents Are Not Members of The Partridge Family 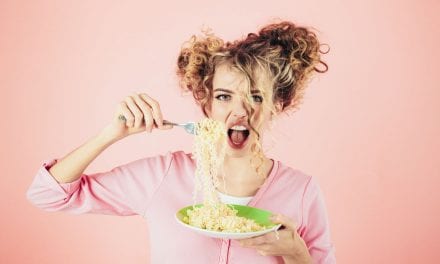 Are You a Dining Hypocrite?