We just learned of breaking news impacting nonprofit governance of senior living communities. The legalities are highly technical and difficult to grasp. The importance of what has happened, however, makes struggling with the difficulty worthwhile. Here’s why, in brief:

This “settlement agreement” is not only a legally binding compromise among contending parties, it is also a positive moral and ethical statement of concord about senior living values. These developments are unique for an industry that has often seemed to view residents as hapless dependents afflicted by the “distress” of old age. That perspective is changing, and this agreement is a constructive response to newer views of aging.

Imagine a governance structure in which service to residents took precedence over corporate control. That’s good news for prospective residents looking for a trustworthy final home. It can begin to remove one of the major hurdles keeping people isolated in single-family houses instead of discovering the benefits of communal living.

It’s a common characteristic of senior living nonprofits that their bylaws typically call for the corporation to have no “member”, or to have a sole “member” with the sole “member” effectively having ownership of the subsidiary nonprofit. Historically, state laws required nonprofits to have “members” who were not members in the usual sense but instead were the nonprofit counterpart to “shareholders” in the for-profit realm. The legal theory is that the public, in return for the tax revenues foregone, is the ultimate owner of a nonprofit. The public’s ownership interest is exercised by the state attorney general.

Thus, members are to a nonprofit what shareholders are to a for-profit. Just as a cooperative apartment building is a for-profit with shareholders limited to residents, so a nonprofit housing corporation can have voting members limited to residents, though I only know of one senior living enterprise that has adopted that governance model. Cooperatives hire managing agents to manage day-day-day operations just as many senior living enterprises hire professional managers like LCS™ to manage operations.

Moreover, a for-profit may have a sole shareholder just as many senior living nonprofits have a sole member. A for-profit may buy back all its shares and retire them into the corporate treasury, as was done when stock life insurance companies converted to a “mutual” structure. Such a buyback creates an autarkic (self-governing) enterprise just like a nonprofit with no members. In practice, though, the executives with the board act as the owners. That may be changing. But, let’s start this breaking news tale at the beginning.

Rooted in a True Story

In a state faraway . . . unless, of course, it happens to be your home state . . . a major change for nonprofit governance is taking place by agreement. This is not fiction. This is a true story. Only the state and the community’s names have been changed to protect the innocent. Let’s call the state, Wisdom, and the Community, Safe Haven CCRC. This is big news. It’s the provider’s news to share when, if, how, and as the provider chooses. It’s good news.

Safe Haven’s sole member is what we call here “Expansion Corp (Expand).” Expand’s CEO (let’s call her Beverly) is financially astute and has the corporate and residents’ best interests at heart. She’s a good person with a dilemma. She believes that growth is the best way to spread overhead to keep residence affordable. But as a nonprofit, she needs to find a source for equity capital to help finance expansion. The solution is to invest resident entrance fees in growth, hoping for an attractive investment return before those fees are needed to fund deferred resident benefits. She believes that growth is best both for corporate and for residents. Her heart is in the right place.

Enter the Attorney General of the Great State of Wisdom. His office conducted an inquiry into the structure and business of Expand and its subsidiary, Safe Haven CCRC. The inquiry resulted in issues that were resolved through mediation and a consequent settlement agreement.

That settlement opens as follows, with names changed to shield identities: “Pursuant to the provisions of the Wisdom Charities Act (“WCA”), the State of Wisdom, by its Attorney General, Edmund Jennings, (“State” or “Attorney General”), has conducted an inquiry into the acts, practices, and corporate structure of Safe Haven CCRC (“Safe”) and Expansion Corp (“Expand”) in connection with the matters set forth herein.”

The settlement continues: “Accordingly, the Attorney General has conferred in good faith with Expand and Safe and their respective attorneys and the parties have agreed to resolve the State’s issues of concern through this Assurance of Discontinuance, in lieu of other proceedings under WCA and in accordance with the procedures provided for in the statutes of the State of Wisdom.” This is the first instance of which I am aware in which a state attorney general has intervened in the governance of a senior living nonprofit organization.

The settlement “Assurance” then goes on to define the agreed terms. The Bylaws of Safe are to be revised in response to the Attorney General’s findings. The key finding is that “In approximately [year], Safe and Expand undertook a restructuring and adopted amended bylaws for Safe which removed most decision-making authority from the Safe Board of Directors and vested authority over the operation of Safe to Expand, the sole member. The powers transferred from the Safe Board to Expand included the power to cause Safe to enter into commercial and financial transactions, accept debt obligations, and to dispose of Safe’s assets.”

The key resolution of this finding is that the parties – the Attorney General, Expand, and Safe – agree that Safe’s Bylaws will be amended to provide that, “The Board shall be composed of not more than thirteen (13) directors (each, a “Director”). The Member [Expand] shall have the right to select and appoint up to six (6) Board members (the “Member Directors”), of whom at least three shall be residents of the State of Wisdom. Up to seven (7) Board members shall be elected as provided in these Bylaws (the “Community Directors”).”

To make a wordy provision brief, Community Directors are to be chosen by majority vote of the continuing Community Directors; Community Directors may, but are not required to, be selected from among residents of Safe (a “Resident”) or the surrounding community at large. Expand continues as the sole member of Safe. Despite that control, it’s conceivable that a majority of Safe’s Board might turn out to be residents or people committed to upholding resident interests above all else.

There are other provisions beyond the selection of Directors by which Expand agrees to a limitation of its powers as sole member in order to give force to the overall intent to restore collaboration between Expand and Safe. To simplify, this voluntary agreement to share powers and decision making is reminiscent of the Magna Carta agreement between the English King and the Barons of the Realm.

As mentioned above, Beverly (not her real name), the CEO of Expand, is a fair-minded person. This agreement is not merely legal acquiescence, but it is also a moral and ethical statement. It restores the vision of resident empowerment that first guided the development of the CCRC concept. It is a move toward committing to American values of popular inclusion over absolutist values of monarchy as in pre-Magna Carta England.

Notably, “the Attorney General’s inquiry did not uncover any instance of misappropriation of funds by Expand and did not uncover evidence that Expand’s actions contravened the charitable purposes of Safe.” The willingness of the parties to enter into the agreement reflects the judicious commitment of Beverly, the corporation’s church leaders, and the attorney general, as a steward for the general welfare of the people of the State of Wisdom, to the American concept of government by, of, and for the people.

In this case, the “people” are the residents for whose welfare and well-being the nonprofits, Expand and Safe, are stewards. It reverses the hierarchy of many nonprofits in which corporate interests take precedence over the interests of the public benefit beneficiaries. Many astute prospects for senior living don’t want to have to subordinate themselves to corporate authority. That’s a barrier to move-ins and to the future of senior living.

Some leaders, when elevated to the corporate top, put control before service and self before others. History shows, though, that great leaders put service and others first. They are modest and invite the input of others for the benefit of all. Beverly has shown her greatness in her support for this agreement. Others in similarly high positions may criticize her but with time, the wisdom of her leadership will shine forth long after her critics are forgotten.

This wise agreement is a first step toward restoring the senior living industry as an attractive and ethical choice for those facing the uncertainties of aging. It reflects the emerging thinking among a new generation living longer, staying vital into advanced old age, and expecting to have a voice in the decisions that impact their lives. 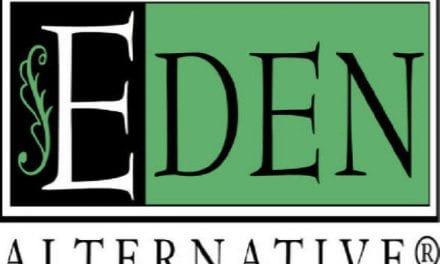 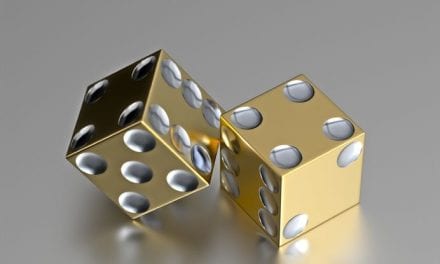 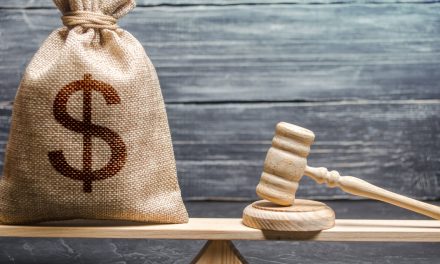 More Money or More Regulation from the 117th Congress? – Part 2 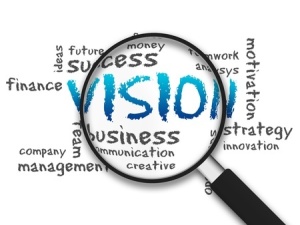 Faith Ott on Leadership and the Future of Senior Living