Have you ever had the experience of knowing a colleague, mentor or supervisor lied?

I’ve always maintained that leaders in almost all industries take actions for one of three reasons: self-preservation; self-promotion; or it’s the right thing to do. Let’s leave the latter for another time.

Have you ever had the experience of knowing a colleague, mentor or supervisor lied? I don’t mean “spun” the truth or skewed a story in one way or another; but blatantly lied about something? What could possibly be their motivation?

I’m convinced that 99% of situations like this will stem from a leader’s fear or ambition.

I’m sure you’ve heard that the two most powerful drivers of the stock market are fear and greed – and fear always wins. So when a leader feels compelled to distort the truth, it’s likely due to a perceived fear that the truth will hurt or destroy something important to them. Perhaps a project, funding, a career or opportunity to advance, but something “valuable” is in jeopardy, and rescuing it requires a blood sacrifice – the truth.

Is it ever OK to lie?

I do not intend to “preach” here, but is it ever OK to lie? Think about this. To a resident? A family member? Staff? Before you say “no,” consider the possibility that being truthful might hurt someone needlessly. Moral dilemmas in our industry are rampant. Emotions can run uncomfortably high in our business and these emotions can cause us to rethink how we present “truth” in a variety of circumstances.

Can you think of a situation where a lie was preferable to the truth when talking to someone at work?

If a resident suffering from dementia would be calmer and more at peace if you – or a caregiver – simply told her that her son was on the way, when you know he wasn’t . . . is that OK? Is this lying? Perhaps a case of doing the wrong thing for the right reason?

I hope that we can all agree that lying in order to self-promote has obvious negative moral and ethical baggage. I’m guessing that the majority of us have encountered this kind of falsehood. It’s an unfortunate reality of business that a decent percentage of leaders will do what they must in order to climb their respective ladders. Yes, politicians lead the way, but this type of motivation can be seen at almost every level of professional life. It’s not always initially obvious, but almost always surfaces eventually, and typically to the detriment of the perpetrator.

But the motivation of “self-preservation” is less clear, isn’t it? Recently I was flabbergasted with the knowledge that someone I respect and see as a genuine leader in our industry did knowingly fabricate the truth in order to preserve their position and/or reputation. Whether or not this person was actually in jeopardy is unclear, but their perception drove them to sacrifice objective truth along with no small degree of their personal ethics and integrity. I was saddened, having known this person for years.

The Art of Misinformation

What was most dismaying was that others – colleagues – were cast in a negative light in order for the untruth to be sold. I counseled one of these impacted individuals and the effect was personally hurtful to them. More so, the level of respect for the offending colleague dropped significantly.

I’ve often heard that business is business; taking things personally is something to avoid. But, business – our business – “is” personal. We are builders of relationships, are we not? We are given a profound mission to serve and care for some of the most vulnerable of our nation’s citizens. If we are to do this the “right way” we must invest of ourselves physically, spiritually and emotionally.

Our business is personal.

I would offer only this one thing. Something that I’ve been dwelling on since this incident. That we must be mindful of our own actions and motivations lest we fall prey to the perception that sacrificing the truth is the only viable option when making decisions and interacting with our customers and colleagues. The ramifications run beyond an employment status or possible promotion – they cut deeply because of the nature of our business. It is always personal.

“Above all, don’t lie to yourself. The man who lies to himself and listens to his own lie comes to a point that he cannot distinguish the truth within him, or around him, and so loses all respect for himself and for others. And having no respect he ceases to love.”  ~  Fyodor Dostoyevsky 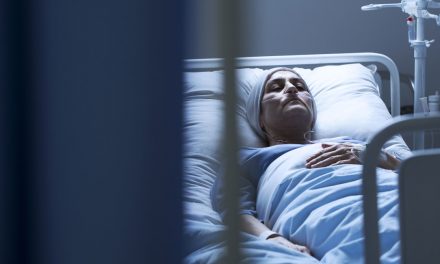 Dying Alone and Social Isolation in the Face of COVID-19 Still Looking For That Killer App Will Government or Entrepreneurs Determine the Future of Aging?