When Doing The Right Thing Collides With Company Policy How would you handle a situation in which doing the right thing is at odds with following company policy?

I am continually amazed at how many senior living leadership stories I get from going to church. Yesterday, I saw my friend Tom*, who runs the food service department in a large nursing home, sitting on a bench with a look that merged distress and contemplation. I stopped to ask what was going on.

The day before, about 1 p.m., a diet aide/dishwasher was a no show and he was already short staffed. About 20 minutes after his shift was supposed to start the guy called Tom and was in tears. His mother is dying, his girlfriend was in a mental health crisis and they were in the process of being booted from their apartment for nonpayment of rent.

Tom begged him to come in for a little while. The employee was too big a mess. “Lets meet at Starbucks and talk about it.” He was such a mess that he couldn’t even go into a Starbucks. Finally the employee confessed that he was sitting in his car parked just around the corner from the facility. Tom dropped everything he was doing, walked around the corner and spent the next hour sitting on the curb talking to this guy about his situation.

The immediate impact was that Tom ended staying until 9:30 that evening washing dishes. The longer term impact was that in less than a week corporate staff will show up to do a mock survey and it will be a mess because of the time he lost dealing with and covering for this employee’s mess.

He is telling me this story and I am thinking “This is so cool”. This is great leadership. This is exactly what great managers are supposed to do. This is the kind of boss everyone wants to work for.

Tom, though, is still wondering if he did the right thing.

By company policy, Tom blew it. The guy didn’t show up for work and didn’t call in — an immediately fireable offence. If he had called corporate about it, they would have advised him — maybe even pushed him — to fire the guy. Except Tom knows this guy. The guy doesn’t look like much — tatted all over — but he works hard and has a gentle soul.

Even worse, when the folks show up to do the mock survey, Tom thinks he is going to get creamed for not being ready since it is being completed by someone he thinks will have zero empathy for the circumstances.

I then asked him, “Did you call the administrator and ask him if he would come and help?” He burst out laughing, saying the administrator would say he was sorry about the problem and might try to find someone to help, but would never come in and help wash dishes.

We Get What We Create

Tom is an amazing leader who understands that people are the most important thing. He is creative and compassionate. He has the ability to make hard decisions when he needs to make them. He also has a heart. He did the right thing and, ultimately, will pay a price with his company for doing the right thing, the compassionate thing, in at least three ways:

The Upside for Tom and Some Other Organizations

Tom’s upside is that it may be that this experience will motivate him to go find a better job working for an organization that will value his leadership gifts. He should be working in a high-end senior living community and be on a growth track to be an executive director. He has the people skills to grow a great team.

Final Note: If you are a senior living leader in Northern California who is looking for a great dining services leader who could become a great executive director let me know.

* Tom is not his real name. You Will Not Believe This Crazy Cool Recruiting Idea 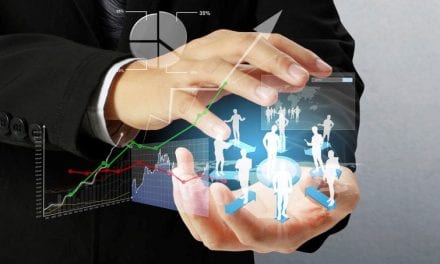 A Commentary on the Perils of Management Companies