Many years ago, Lucius Annaeus Seneca, a wise man of his era, wrote, “As is a tale, so is life: not how long it is, but how good it is, is what matters”. The senior living industry of today owes its success to great pioneering leaders with good lives. Their efforts in the early decades set the industry on a sound course of human service.

Ironically, the biennial Hall of Fame Awards are given on the same day as the LeadingAge opening extravaganza, with its hoopla, entertainment, large screen videos, and amplified sound. The Hall of Fame Awards Event is much quieter. There is a message in the contrast, the one overwhelming, the other moving.

It makes one think of the simple grave of “an amiable child” in New York’s Riverside Park, a quiet refuge for meditation, across the way from the grand excess of Ulysses S. Grant’s overpowering tomb. There is a sanctity about the Awards.

This year was just the third such awards ceremony. Only ten individuals have received this prestigious recognition, including two senior living giants, both Quakers, were honored at the first awards ceremony in 2015. Lloyd W. Lewis, was Founding Executive Director for Kendal at Longwood, the originating community for what has become the Kendal Corporation, and a founder of the Continuing Care Accreditation Commission. Donald L. Moon, Founding President of Friends Life Care at Home, pioneered the “CCRC Without Walls” or “Continuing Care at Home” (CCaH) business model, to bring continuing care benefits to the larger number of those who choose to age at home.

Jim Glynn of Glynn-Devins presided at the 2019 Awards celebration. Again, there were four honorees. Joan M. Annett pioneered creative financing concepts during her time at Ziegler and Cain Brothers. James F. Emerson, former CEO of Westminster Communities of Florida, has helped many troubled senior living communities to turn things around. Monsignor Charles J. Fahey, long associated with Fordham University’s Third Age Center, has been a leader calling for the highest ethical standards for continuing care. Dr. Herbert H. Shore was instrumental in the Center for Studies in Aging at the University of North Texas (UNT tried to continue the Certified Aging Services Professional program), and he was one of the founders for the Association of Jewish Aging Services and LeadingAge.

It’s a sad but common truth that we are often late in recognizing the contributions of those who have helped us along the way. Most of us, for instance, can remember a teacher, now lost in the mists of time, who taught us to believe in ourselves. Like those unrecognized teachers, these pioneers of services for the elderly are now themselves either aged, or they have already left us. The recognition that the Continuing Care Hall of Fame brings to them, like recognition for our teachers, was earned decades ago.

New faces now grace the spotlight of the LeadingAge stage. Because these Greats of Senior Living were at the forefront of a new era in serving seniors, they had to learn their craft on the job. They encountered challenges and devised solutions that guide today’s leaders. As one honoree recalled during this year’s ceremony, in their time, LeadingAge Conferences typically had about 300 participants. In San Diego, in 2019, as these Greats were honored nearby, over 7,000 attendees were present at the Convention Center with a bewildering array of educational sessions and purveyor exhibits. We stand now on the shoulders of those who have gone before us. It is fitting and appropriate that we applaud their contributions to our success.

It is also fitting that we recognize A. V. Powell, whose efforts have done so much to bring this neglected tribute to these pioneers of the industry. Jim Glynn noted that A. V. has written a book that few have read but from which all can benefit. A. V. Powell and his team have done as much as anyone to bring apolitical scientific principles of integrity to the complexities of the aging process. He, too, is one of the industry Greats. Are You Willing to Grind It Out? 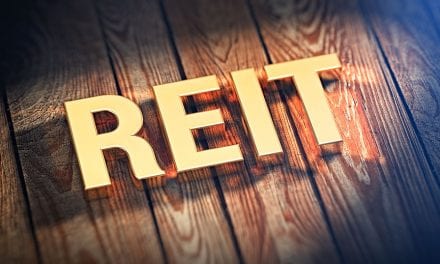 The Best Senior Living Operator in the Nation