A few reasons why you should your staff to CNA Fest next year!

Over the past 18 years of working in this field, I have had the good fortune of interviewing, studying, and writing about a wide variety of aging services professionals—from medical directors and administrators to DONs and CNAs. As a result, I have come to know some of the most caring and committed people in healthcare, and among the most dedicated and passionate folks are CNAs.

This is a good thing because there are some 600,000 nursing assistants in the U.S. Indeed, CNAs make up the largest contingent of care providers in the healthcare—and the need for this skillset is on the rise exponentially. We all know that finding and keeping CNAs is sometimes a difficult aspect of providers’ HR efforts, but I have a solution for what you can do to get behind your direct care staff in a more meaningful and genuine way: In addition to giving them a raise, you should at least consider paying for membership to the National Association of Health Care Assistants (NAHCA). I was lucky enough to be a guest speaker at NAHCA’s annual meeting in August, and it may have been the most inspiring association conference I have ever attended. The experience of meeting many of the more than 250 attendees at NAHCA’s aptly named “CNA Fest” was, to be frank, life-affirming.

My role there was to help attendees tell the stories behind why they became CNAs and why they love the profession. Well, the stories came, one after another, each describing their path to caring for elders. And as each deeply moving story flowed, so did the tears. In fact, there were very few dry eyes in the room, as was the case for nearly every activity during the three-day event.

NAHCA is the only national organization that represents CNAs in long-term and post-acute care, and it also happens to have a brilliant and dedicated (and terrifically social-media savvy) team behind it. In my opinion, it’s one of few associations that truly represents its members in a meaningful and effective way.

And with this caliber of a team behind them, CNAs’ voices will soon be heard, especially if Lori Porter, the charismatic co-founder of the group, has anything say about it. Porter’s passion for nurse assistants is matched only by NAHCA members’ love of her and the group’s other co-founder, Lisa Sweet. The two, along with their team, are steadfastly committed to improving the lives of CNAs, because they know and understand them.

Porter, whose personality shines at CNA Fest, is one of the key ingredients in NAHCA’s incredible engagement formula. As a former CNA-turned-administrator, she knows how to connect with members and is as authentic as they come. While she has a charming and folksy mannerism, Porter is as smart as a whip and isn’t afraid to express her emotions while on stage. She cries, she laughs, and her voice sometimes raises to the level of yell, but her legions of followers (myself included) find it especially endearing.

Although tiny compared to many others in the field, CNA Fest is mighty and unlike any of the dozens of conferences I have ever attended in my 30 years of working for a variety of associations. As we all know, the cookie-cutter conferences put on each year by such groups are held in four- or five-star hotels where the price tag of the room is typically north of $250 per night in first- and even second-tier cities, the agenda includes the ubiquitous bookend-keynotes with breakout sessions, immoderate evening galas, and content that is aimed at executives and management.

Not that NAHCA hasn’t at times followed a similar formula, albeit on a Walmart budget. This year, however, the skeletal team of eight staff people pivoted to a much more modest venue that the group’s members—most of whom, as you know, survive on an hourly pay scale that’s just above minimum wage—could actually afford to attend. And FYI—many pay their own way.

A Different Kind of Conference

Held about 20 miles outside Little Rock, Ark., the setting is a 4-H conference center, that has rooms designed to be shared, cafeteria-style dining, and a stunning lakeside setting surrounded by a walking path. In addition to many geese and deer, the site hosts canoes, a zip line, and even a bonfire pit.

The center offers all-inclusive dining, 24-hour refreshments, and free reign to canoes and walking trails. The agenda is on the casual side, with no hard and fast break periods and time for fun baked into the two-day event. The attendee swag was also atypical: sunglasses, two pom-poms (spirit-stick bait), a day-glow orange t-shirt, and a blank spiral notebook. That’s right, no printed agenda—the app takes care of that, and was not a difficult transition given that members are highly astute tech users.

Ok, so you can’t afford to give them a raise? You’re not sure about NAHCA membership? Here are a few reasons why you should at least send them to CNA Fest next year: 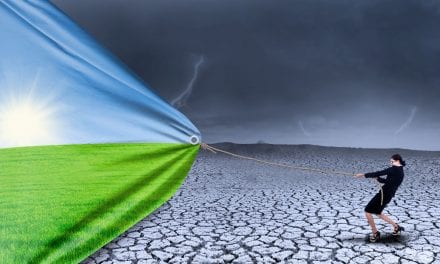 What Brookdale and the Rest of Senior Living Could Learn From… 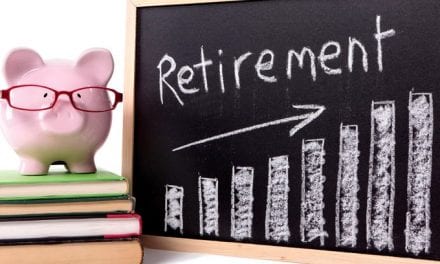 How Changes in Retirement Patterns Are Changing Senior Living

Sesame Street for Grownups — The Place Your Decision Makers Hangout

Are You Getting The Best Candidates?