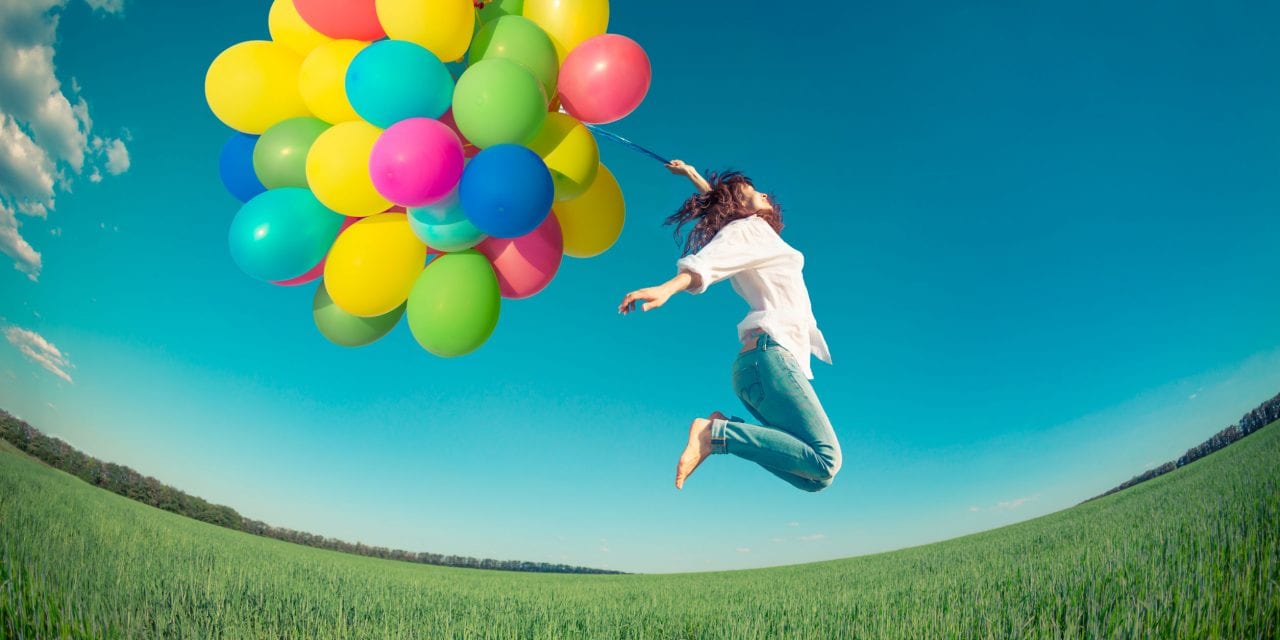 STEVE: Steve Moran here and I’m really excited about this interview today. I am talking with Ingrid Fetell Lee, who wrote a book called Joyful. It’s all about how to create joy in your life, right?

STEVE: The way I became acquainted was through a big ideas book club. I read the book and the reason I really want to talk to you today is, as you know, I run a blog site on the senior living industry. I was particularly intrigued by the idea that in modern life upscale design tends to have really muted, boring colors and that it’s sort of become low class. I think maybe our designs are too formal. So, can you just talk about why maybe we need to get more aggressive about that?

INGRID: Sure. So, one of the things that I noticed as I started this research is that one of the things that brings us joy is a feeling of abundance. You can look at confetti, you can look at sprinkles on an ice cream cone, all the colors of the rainbow, right? When we see a feeling of abundance, I call it “the kid in the candy store aesthetic,” right? You just feel that sense of joy rising up in you.

I feel it sometimes when I go to a really well-stocked grocery store and I see all the fruits piled up. So that feeling of abundance is very well connected to joy, and it makes sense because for our ancestors, evolutionarily speaking, abundance meant survival and scarcity was dangerous, right? So, it makes sense that we’re attracted to feelings of abundance.

So, it’s not necessarily about material accumulation, it’s more about sensory engagement. So, what I think is really interesting when you start to think about seniors, is that the research now happening with animals, for example, shows that there is a connection between sensory enrichment and forestalling cognitive decline.

And, of course, that’s just in animals right now. It hasn’t made it over. They haven’t done parallel research in humans, but it does start to suggest that our senses do help keep us tethered to the world and keep our minds active and engaged. And when we have sensorially impoverished environments, our brains are sort of hungry for more sensation and they want more joy and more stimulation.

Starting with Your Immediate Surroundings

STEVE: So, maybe if I should go . . . if I were to design a senior living community, I’d want to have these bright vibrant colors and what else? Do you have thoughts about . . .

INGRID: Yeah, so it’s not to say that everything has to be like technicolor, right? But just that there are a couple of things. Our senses decline in acuity as we age, right? I was shocked to read that the amount of light entering the eye decreases by two-thirds and then up to four-fifths later in life. So, by the time you’re in your 60s, you’re getting two-thirds less light than you were getting when you were 20. By the time you’re in your 80s, it’s like 80% less light, right?

So that means that colors don’t look as bright. The changes in the lens of the eye also mean that colors tend to look yellower with age, which means that sometimes they look dingier and not as vibrant. So, pops of vibrant color can really make spaces feel more joyful, more alive. And it means that the neutral beiges that we often see everywhere can be particularly depressing, right? Because they’re not reflecting much light. They’re not feeling sort of alive or vibrant. So little pops of color I think are one thing they can do.

I think increasing the brightness on the lights but making sure to do it in a way that does not increase glare is really important. Research shows that just in changing the light bulbs in an assisted living facility for people with Alzheimer’s, decreases cognitive decline and decreases dementia symptoms, which is like mind blowing to me that it’s just as simple as changing to more broad-spectrum light bulbs. I think most of our interior environments are not well lit enough. If you can do that with natural light, that’s great, but you can also do it with artificial light.

Also, plants, nature, bringing the outside in, that’s a really powerful way to bring a greater variety of sensations into an environment that might be kind of minimal or under stimulating. And, research shows that we experience a kind of wakeful relaxation when we look at natural textures and sensations. So, bringing in elements of nature can be really powerful.

Radical Experimentation by An Artist and Poet Couple

STEVE: So, in your book, you talk about this house that’s got all these uneven floors and stuff and sort of the idea is that if you were to live there, you’d live forever, right? Because you’ve got all this stimulation. But, of course, from an aging standpoint, the idea of having these uneven floors like that would be scary about fall risk. But I’m thinking there might be some things we can learn for an aging environment to create more joyful stimulation.

They believed that when we go around in these sorts of ordinary environments that have flat floors and gray and white walls we’re sort of desensitizing ourselves into premature aging. They believed that if they created this wild apartment building that they could actually reverse aging.

So, when you walk in, as you point out, it has sloping floors, which is radical. I mean everywhere we go the floors are flat. Then you go into this apartment and all of a sudden you have to hold on. There are poles everywhere in the apartment. You have to hold on to stay up.

And then the rooms are different shapes. So instead of having a room that’s a simple box, you have rooms that are spheres where you can just kind of go in there and read a book. Or you have a cylinder on its side. The room, the bathroom is a cylinder on its side. And one of my favorite things about spending a night in this apartment was that I actually had to hold onto the sink when brushing my teeth because you slide away from it.

So, for example, the sense of touch is actually four different senses. There are four different receptors that go into making what we call touch. There’s pressure, there’s pain, there’s temperature, and there’s itch. All of those are different sensors, but we lump them together into touch for convenience. And so, starting to break that out gives us new things to play with, new ways to think about sensation in our lives.

Other Innovations in Living Space

The Dutch are really ahead of the curve on this. They have a therapy that they call snoezelen. It’s a portmanteau of two words. It means snuffelen and doezelen. I’m probably pronouncing those wrong, but they mean to sniff and to doze. And they’re multisensory rooms that are often built into nursing homes and other environments where people can go in and just sort of engage with different sensations.

Sometimes they have aromas, they have big, almost giant lava lamps. They have soft plush textures. So, they really are trying to bring all these sensations into someone’s daily experience. And the anecdotal evidence shows that these things really help bring people back to life. So, even if they have memory problems, it helps bring them back into the present.

So, I think bringing more sensation, that’s certainly one thing. And it doesn’t have to be so dramatic. So, for example, there’s a designer in Japan, Emmanuelle Moureaux. She designed a nursing home. The main area that she transformed was the visiting area in this nursing home outside of Tokyo. And there are all these colorful balls hanging from the ceiling. It’s just a bright light space with green chairs and then all of these different, colorful balls and they really do look like, almost like, hanging confetti.

And what the nursing home administrators told me is that people actually spend longer visiting with their families when they’re there than they used to before. So, something happens I think when we . . . it doesn’t have to be as drastic as what we see in Arakawa and Gins environment, but we can bring elements of that in and it actually changes behavior. 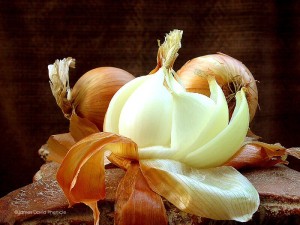 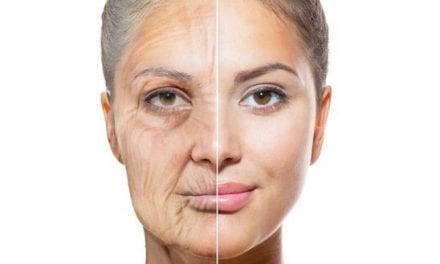 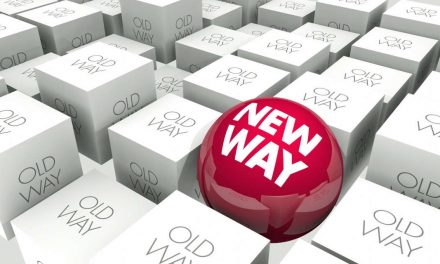 Things That Need to Change … in Senior Living 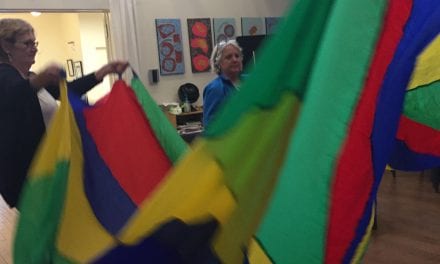