It’s Built. But Will They Come? It makes me chuckle when I meet business professionals who approach their business like the famous quote from the movie Field of Dreams: “If you build it, they (he) will come.” In an industry (seniors housing) where the average occupancy is 88% to 90%, simply building a baseball field in a cornfield and hoping for the best is not going to get the job done.

It worked in Hollywood, but it doesn’t work in the real world. There are four realities that could easily discourage us, but instead those things can be what propels us toward unparalleled business success and an opportunity to elevate the lives of thousands of seniors. Over the years, I have seen scores of seniors housing providers make futile attempts to be all things to all people. It’s a curious paradox that the more we throw every feature and amenity we can think of at people the less they want what we have.

It is sensory overload.

In the seniors housing world, like all industries, we speak an insider language that sounds like Greek (I nearly ended up in a padded room while taking Greek in Seminary) to our prospects.

If we are approaching what we do with the idea that almost no one really wants what we are selling anyway, every single move-in looks like success.

THEY DON’T WANT IT

Geez Kent, now you are making the situation worse! No one wants what we have to offer. Are you serious? Look at it this way — I have never met an older adult who woke up one morning and thought “Wow, I think I will move to a senior community. I have waited a lifetime for this amazing privilege!”

Where we get upside down and backward is thinking that our product will attract seniors like lonely housewives to a Silpada conference. But it is not about our product, no matter how much you may be in love with the Killer B’s – Bingo, Bus, Bible (sadly, often in that order).

Back in 1958 my 30-something single mother plucked down a few hundred bucks to buy a post-war bungalow in Oakland, California for $17,000. She is currently considering a move to an independent living community in her area, but agonizes over the thought of spending close to $150,000 to leave her home of 56 years. In the past half-century, my mother has never spent money on anything that cost more than her home, even my college education. Hey, it was the best seven years of my life.

As much as we might try to soften the sticker shock by using a cost comparison sheet or breaking it down to what it costs per hour, it often doesn’t help: we are working with a generation of people who like to hold on to their money!

RATHER DIE THAN CHANGE

Have you ever been to a “let’s all change our lives” party?

I don’t think people want to change. Progress, yes. Change, not so much. Unfortunately, many seniors do actually die rather than change. It makes me shake my head when I talk with senior housing marketing folks who think they will “pull” prospects out of their homes by listing a litany of cool features and a ton of benefits. Admittedly, those things can help, but I assure you, it is not in what we offer that ultimately draws people.

How many times has someone walked into a senior community and said, “We’re just looking around.” I know exactly no one who wakes up on a Saturday morning and says, “We could go to the mountains for the day, take in a Rockies game, or we could really have fun and go check out a few senior communities!”

When a prospect is getting ready to leave your community after a “tour” (a term I loathe) they might say, “We’ll think about it, but we are not ready.” Here’s how I translate it, “We don’t want to think about it because we are scared to death to admit that we may need some help and have to leave our home of 50 years.”

Let’s review. We will reach almost no one, nobody wants what we have to offer, it will be the single greatest expense of their lives, and they will drag their feet the whole way. And there is encouraging news in this? Yes, there is. Keep reading.

In a renewed effort to create some change in my life, I am going back to the discipline of Hot Yoga. It’s miserable: 90 minutes of impossible postures in a 105-degree room. The other day in class, I was working my gut off (hopefully) to get these pesky postures down pat. The instructor said, “Focus on your breathing. If you aren’t breathing you aren’t doing yoga. Yoga is all about breathing.” I nearly bolted for the door; I can sit on the couch and breathe.

Here’s the lesson: The only way to truly reach a prospect is to stop all the frantic, panicky, tricky, jerky, awkward motion. Just be with them. Slow down. Breathe. Let go of the outcome. Walk awhile in their shoes. Travel at their pace, not yours.

And they will come. I’ve seen it. I see it every day. 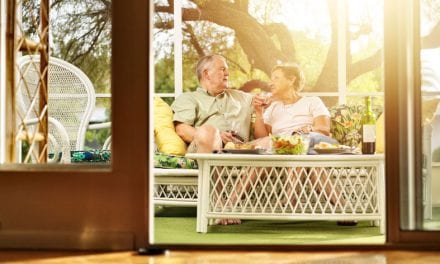 Just Like Home . . . or Not – The Key to Being Recommendable 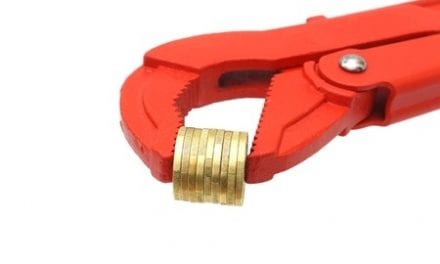