An absolute way to avoid a 911 incident in your senior living community.

A few weeks ago I attended the Northern California Assisted Living convention.  One of the breakout sessions was a dissection of the Bakersfield Glenwood Gardens 911 incident that made national headlines. The entire discussion was fascinating and helpful, but the panel made one great point that would have kept the entire event from spiraling out of control.

The Glenwood Case: A quick review

A resident who lived in independent living collapsed in the dining room and per community, protocol the staff called 911.   Over the course of the next few minutes the 911 operator demanded that the staff member perform CPR and when the staff member refused, the operator demanded that someone else . . . anyone else be put on the phone to receive instruction on how to perform CPR. The 911 operator was demanding to the point of being abusive.

It is clear that the 911 operator exceeded her authority.  That excess was compounded when she or someone else in the Emergency Medical System (EMS) released the recording to the media. Here is the thing I never considered of but makes perfect sense.  In the State of California, with or without a DNR, no independent living or assisted living community is required to perform CPR.  In fact, CPR training is not even a requirement to work in a California Assisted Living Community. The only thing an assisted living community is required to do is call 911.   At Glenwood Gardens and for that matter at most independent living communities all they promise . . . really all they can do is call 911. Most importantly, once 911 has been called, there is no obligation to stay on the phone with the 911 dispatcher until help arrives.  In many cases (on the street or in a personal residence) it makes sense to stay on the line, both to provide directional information to EMS if needed and most importantly to reassure the caller, but it is not required. Once the 911 operator turned abusive the better thing to have done would have been TO HANG UP ON THE 911 OPERATOR . . .  in effect to tell the 911 operator to pound sand.  Sure she would have called right back, but that call would have likely gone to the front desk and there would have been no requirement to transfer the call to the dining room. Hanging up would have eliminated the bad publicity and the personal pain and abuse inflicted on the staff members.  In fact, the staff members would have been able to devote their effort to comforting the woman who had collapsed and the other residents who witnessed the event. 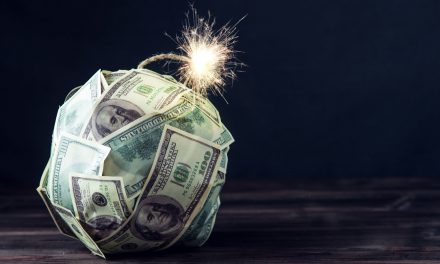 Why Fear of Dementia is A Good Thing