The Right Tool To Fix Recruitment and Retention You could call him ‘Tim the Toolman.’ No, not the guy from television’s Home Improvement.

The Tim I am referring to is Tim Bush, Senior Vice President Operations/Acquisitions at the Atlanta-based company, Phoenix Senior Living. And throughout his career in the senior living sector, he’s seen a variety of resources and tools that are “supposed” to empower providers in their efforts to enhance the experience of their residents and staff. In a nutshell, make everyone’s life easier. All with a variety of results.

In Phoenix Senior Living’s approach to assuring a top-quality experience to seniors, Tim says, “It’s a privilege to take care of folks that have that much wisdom, history, and knowledge. We’re in the problem-solving business, but we do it with loving and nurturing care and services, so that the seniors’ sons, their daughters, their brothers, their sisters can be at peace at night knowing that their loved ones are being well cared for.”

With such an important responsibility, having the right tools makes all the difference.

In his previous role as COO, Tim realized one ineffective item in the Phoenix Senior Living toolbox was traditional email and paper surveys. As he points out, the annual and semi-annual surveys only catch a moment in time, thereby providing data that is difficult to trust.

Typical example–if the surveys coincide with a recent price increase, that’s going to be fresh on people’s minds. Their frustration of having the rent raised is going to show significantly in the results, which would overshadow other concerns and prevent directors from knowing other issues, big and small, that need their attention.

And it doesn’t really matter when they receive the results, because those archaic surveys only provide vague responses, which are not actionable. An employee can check a box and write on the line, “we need more care-related training.” An unclear message that is, thereby meaningless.

Better would be a conversational phone survey where they would be asked to expand and clarify their concern. “Do you feel there is a specific training that would be helpful?” and the staff member might offer, “We want to know more about transfers and how to make sure we’re doing them properly in order to keep the resident safe as well as the care staff doing the transfers.”

And there you have it, detailed result-providing actionable data.

Which got Tim wondering, “How do we get continuous and timely feedback that’s specific, cost-effective, and not super labor-intensive?”

Nick Waslien, CEO of Savant (formerly CareQuality), a Foresight partner, approached Tim with a solution—a new tool. As an unbiased third party, Savant would conduct monthly surveys over the phone with residents and staff.

With input from Tim, Nick took his concept and created a tailored program that has now become a multi-faceted tool—a Swiss Army knife in a sense—in Phoenix Senior Living’s tool chest.

“We’ve used it to avoid census declines because we’re seeing trends early,” Tim said. “The data affects people’s performance evaluations. It’s useful to us as an organization to drive quality. It’s helped us with retention.

“It’s also a great tool for praise. A lot of times a specific caregiver will be mentioned when a good survey comes through and we can reward them. It’s also helped us hold folks accountable if there are any issues.”

Utilizing Savant’s personable interview style has helped put quantitative numbers in front of providers, so they can see right in the transcript of the call what they can do better and how people truly perceive how they’re doing.

With the current industrywide staffing crisis, Phoenix Senior Living has found the results from Savant’s over-the-phone surveys even more indispensable. In addition to giving the residents and the employees a voice, Tim says this information gives them a hand up on the competition.

“If you’re to be the provider of choice in any community that you serve, you first need to be the employer of choice.”

It must be working since Phoenix Senior Living has earned the honor of being one of the top places to work in Atlanta four years in a row.

Phoenix Senior Living had 10 facilities when they initially signed up with Savant in 2017. They will end 2021 with around 60 senior lifestyle communities in their care. Tim openly attributes much of the company’s development to their proactive use of the context-rich data from Savant.

As he sees it, “It really is a tool to use from an operational perspective to help be the best community possible. And if we have all our communities thinking like that, then we’ll be a great company.”

Phoenix Senior Living believes, “When it comes to your loved one, everything matters.”

And taking care of “everything” is a lot of ground to cover.

Tim says it’s worth it—they’re worth it. “Our most important job is to provide peace of mind and let family members know we’re going to help their folks out while they’re under our watch.” And with a great tool like Savant, Phoenix Senior Living can confidently do exactly that.

Savant, the right tool for the job. Just ask Tim the Toolman. 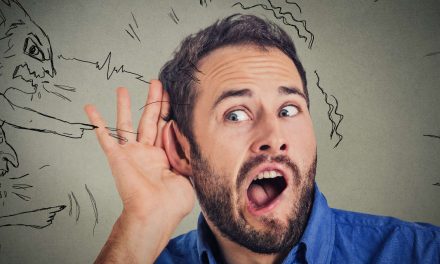 How to Turn Your Haters Into Innovators