A Caregiver Tells The Big Boss Off – And She Was Right!

When was the last time one of your caregiving staff pushed back against something you said?

Here’s a good question for those of you in leadership roles: When was the last time one of your caregiving staff pushed back against something you said? And when was the last time that, instead of pushing back in return, you shared an honest meeting of the minds with an epiphany that would change the way you think?

Steve Moran overheard a story about such an epiphany at the last year’s SMASH conference in Chicago. The storyteller was Ted Doyle, VP of Marketing for LCB Senior Living, a developer and operator of independent/assisted living and memory care communities throughout New England (with a new one opening in Pennsylvania). Steve was so impressed with Ted’s story that he asked him to sit down for a short Conversations podcast and share it with our audience. (Note that although the podcast has taken a different direction, we wanted to share this interview.)

Following is the essence of Ted’s story. I have to say, it’s hard to do it justice. You really need to watch the podcast to get the full impact, which you can do here.

A visitor won’t see the miracle, but they’ll see the weeds.

As Ted tells it, a couple of years ago he was shooting some video at one of his LCB memory care communities. He was in the courtyard where one of their caregivers was working with a resident. As he set the scene for his video shot, Ted noticed some large, nasty looking weeds growing in the courtyard. There was also a birdhouse hanging askew on the wall and some dried mulch sitting on the pavement. In short, not a good backdrop for a video.

Concerned, Ted went up to the caregiver and said, “You know we really need to clean this up.” Instead of agreeing, however, the caregiver pushed back. As Ted recalls, she said something like, “You know I just got this gentleman to speak to me for the first time in a month. He has aphasia and has a lot of difficulty verbalizing. And, you’re talking about cleaning up weeds and birdhouses? How can you equate that with what just happened here?”

Ted, completely blown away by her response, replied, “That’s a miracle what you just did.” Yet, noting the disparity between the miracle this caregiver had worked and the weedy, unkempt yard in which it occurred, he continued “but, you know if I was looking for a place for my dad and I walked out here, everything I see before me is basically a metaphor for how I believe you are going to care for him.” (In other words, visitors won’t see the miracle happening, but they’ll sure as heck notice the weeds!) The two of them proceeded to just look at each other. “We had this moment where we just coalesced,” Ted tells Steve.

An epiphany that took the conversation to a higher level.

That moment brought with it an epiphany that led Ted to embark upon a brand initiative that would crystallize who LCB is and what their promise is all about. It was a message he wanted to bring to everyone in the community, including caregivers, maintenance folks, culinary directors, everyone who has an opportunity to touch people’s lives and perform little miracles. And it was also important to explain the importance of physical appearance to the team, “so that they can understand that what we’re doing when we’re being a pain in the neck, is to keep the first impressions going. There’s a real, organic purpose to that,” Ted explained to Steve.

“And because you and the caregiver were both willing to listen and have this conversation, you both had an epiphany that took you to a much higher level,” Steve remarked to Ted. “And that’s the part I just really, really like.”

For Ted, it was the realization that, you can’t just get some things right, even when it involves working a miracle with a resident. You have to get everything right. Because that visitor won’t know about the miracle happening. They’ll only notice things like weeds and crooked birdhouses when they walk into that courtyard.

There is so much more to this podcast that you’ll find interesting. Ted also talks with Steve about the culture of empowerment at LCB, one that encourages free and open dialog, even with senior management. That’s why I really recommend you check it out! The Most Memorable Branding You Will Ever Find. Honest! 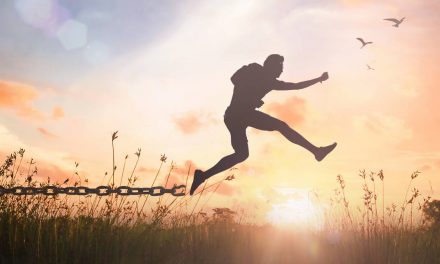 Make Your Stress Work for You