Ventas or Blackstone, earlier Brookdale suitors, are familiar to us while Zhonghong Zhuoye Group Co., Ltd. is not; however, all are looking for investment opportunities.

These are historic times. The rise of China challenges the economic hegemony of the United States. It’s natural to fear foreign influence on American culture and its impact on the American economy. Now Zhonghong Zhuoye Group has offered to assume controlling ownership of Brookdale Senior Living. What could be more American than the image evoked by the name Brookdale – a picture of burbling waters meandering through a pastoral valley? We don’t know what to make of Zhonghong Zhuoye Group (中弘控股股份有限公司). We have no idea what that connotes. It is foreign to us.

Ventas or Blackstone, earlier Brookdale suitors, are familiar to us while Zhonghong Zhuoye Group Co., Ltd. is not; however, all are looking for investment opportunities. Zhonghong Zhuoye is a Beijing-based conglomerate investing in many industries including real estate as well as financial, mining, and other enterprises. The question, therefore, is how best to optimize the value of Brookdale for the benefit of its investors and customers.

It’s common for investors in senior living to value it as real estate. That ignores any latent value inherent in operations. Senior housing exists to deliver needed services to the elderly. That, too, is a profit opportunity. Moreover, senior services are often packaged together as a financial services product, allowing a third vector for profit.

Many Real Estate Investment Trusts (REITs) have focused on the real estate part of the venture, owning the property and its building improvements, but leasing the property to an operating entity. Brookdale has worked with both models, both as a real estate owner and investor, and as an operator with financial services expertise. This hybrid business model has complicated Brookdale’s valuation. These factors have not gone unnoticed (Click here for Sandell Asset Management Corp’s 2015 analysis of Brookdale).

The Sandell recommendations were presented in the Spring 2015 context. At that time, Brookdale had a capitalized value of nearly $7.0 billion. By the same time two years later, after having brought Sandell onto the Board, Brookdale’s value had fallen to under $2.5 Billion. That’s a dramatic drop in the value of the enterprise during a period in which commercial real estate prices have been rising (Click here for National Association of Realtors report.) That adverse valuation may be what Zhonghong Zhuoye perceives as opportunity.

The prospective purchaser has not revealed what it has in mind. Deloitte notes, “Chinese investors have been riding the U.S. commercial real estate (CRE) wave, perhaps motivated by the gradual shift in the Chinese government’s policy to promote outbound investments and their preference for investing in real estate that provides comparatively modest and stable returns.” It’s likely that Zhonghong Zhuoye sees Brookdale as an investment in U.S. real estate.

What Went Wrong at Brookdale?

When a business loses value as rapidly as Brookdale has, investors focus on the executive suite. Under pressure, managements are forced to simplify, viewing the business as revenue maximization while minimizing costs. That vision – popular with some investors – can erode customer value, as rents are pushed up, while labor cost containment dispirits the employees needed for quality services.

Image is also important for a business to which worried children entrust the care of their parents. Brookdale launched a highly visible campaign to assert its image as caregiver. That may have limited its market reach, and perception, to those people who accept that they need care . . . and no one likes to have to accept that they have reached that stage of life.

After the Emeritus merger, which offered so much promise, Brookdale seemed to struggle with size, not for its own sake, but for the challenges that it presented for the integration of two corporate cultures with different pricing models and different approaches. We can’t know whether someone else at the helm might have done better, but we do know that the merger didn’t go well.

With size comes opportunity, but size also brings political maneuvering as individuals and factions clamor for influence and gain. Brookdale does not seem to have been able to bring authoritative leadership into its Executive Suite, which has been afflicted by turnover and churn suggesting a highly politicized environment. Interestingly, the same has been true of the leadership corps at HCP, the REIT which has become landlord of many Brookdale properties. Visionary authority at the top – combined with perception, awareness, and a bias toward action – is the antidote to sub-optimizing organizational politics.

[This is the first of two articles on the Brookdale transition. In the next article, “Rumminations on Brookdale’s New Prospects – Part 2” we will consider the new prospects opened up by the likelihood of new leadership.] Can Continuing Care Be Saved? 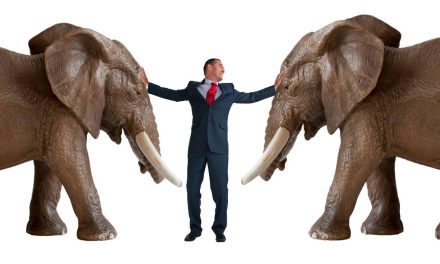 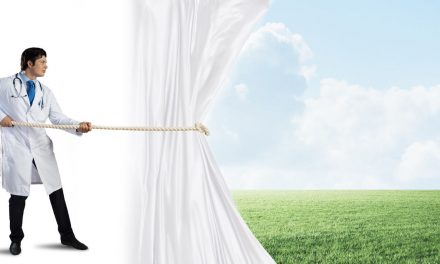