Welcome to Math for Marketers 101! First up: a word problem! Oh, joy!

You’ll need a pencil and paper. Why a pencil? Well, given how often people get this wrong, you’re probably going to need to erase.

Melanie is Vice President of Sales and Marketing at a 10-location independent living community. She needs to fill 100 vacancies in the next year. One move-in averages $2,700 in marketing costs. What should her marketing budget be?

Not too tricky, right? Then again . . . consider your own budget. Is the math working out the same way, or are you way underbudgeting?

If you’re struggling to get move-ins, math, of all things, could be a factor. A lot of communities’ budgets don’t add up (get it?), says Dan Gemp, President and CEO of Dreamscape Marketing (a Foresight partner). No matter how great your message is, if it’s not getting to enough people, those move-ins won’t multiply (snicker).

Marketers are known for being creative and strategic, not for writing calculus on windows, or whatever math whizzes do. Dan, however, is a rebel outlier: a marketer with a finance degree. Yes, he’s weird. And he’s shared with us > 6 math mistakes marketers make all the time.

Math is obviously the worst (obviously). But this is math that could make you look good! You’ll develop insights nobody else in the company has figured out. Like, maybe your stagnant census isn’t due to what everybody thinks. Which leads us to . . .

1. Underbudgeting—but blaming poor results on something else

Spending less on marketing because there’s an assumed lack of demand isn’t the best idea, Dan says. Though people are taking longer to move in, they’re still out there, and they need to think of your community first when they’re ready to put money on the table.

That may be sooner than later now that vaccines are available and the housing market is hot. So figure out what it would cost to get your community to a 100% census, plus a waitlist, and go for it.

2. Not knowing all your numbers

DAN: OK, how about per move-in from the internet?

That’s way too high, and Dan works with them to get it down. “Oftentimes your attribution to which channel generated a lead or move-in can cause your math to be skewed and your budgets to perform inefficiently,” Dan says. “Attributing paid ad move-ins and organic search move-ins to the same ‘internet’ source may keep your budget less efficient than if you assessed those budgets and move-ins as separate channels, and optimized them with math. Overall averages can be misleading. Examining the numbers with more specificity helps pinpoint weaknesses and strengths—and where things might be going off track.”

3. Not knowing all these numbers too

Beyond money, other numbers count too. To make sure you use your new budget wisely, figure out things like website conversion ratios and number of touches required in a lead-nurturing campaign to generate a move-in.

“When you use this math, you can be highly efficient, your marketing campaigns can be highly scalable, and you can throttle up and down your media spend very strategically,” Dan says.

4. Assuming that tracking the numbers will make you look bad

That’s a common worry, and Dan has some encouragement for you: Tracking the numbers almost always makes people look better. “The company has most likely not been giving credit where credit is due.” Tracking helps the higher-ups view team members as investments rather than costs. It shows how much their work contributes to the bottom line.

5. Not considering this hidden COVID ramification

How many more ramifications could there be?! Well, there’s this one: shortened length of stay.

Though demand will increase post-pandemic, residents won’t live in the community as long as they used to. “Let’s say your average length of stay is two to four years,” says Finance Major Dan. “If someone just spent one year of that living with their daughter and now they move in, you just lost one year of revenue.”

So turnover may be faster than expected. Because of that — and ever-increasing competition — your marketing budget may need to be higher than you’re used to, to fill vacancies more frequently.

6. Ramping up and down too drastically

Speaking of turnover, keep that budget relatively steady, instead of underspending until you have census problems and then doing a huge marketing push. Steady marketing steadily nurtures leads. When people are ready to move, they’ll already consider your community. Easier than approaching them cold!

7. Spending the same amount in all locations

The spending steadiness doesn’t have to be rigid. If two locations have widely different censuses, it can make sense to reallocate a bit. Maybe one location needs $2,300 and the other needs $3,100. Think of it as consistency with flexibility.

If this all sounds overwhelming to calculate — and miserable to boot — there’s more bad news! This list only scratches the surface. Ask Dan for the dozen more numbers you need to calculate!

But the good news is most people don’t know how to calculate this stuff. Well, is that good news? Anyway, you’re not alone if you feel daunted.

Dan does recommend having someone on staff who can work those formulas. “Luckily, I have a whole team of math doers over here,” he says. “If anyone needs someone to help do their homework, we’d be happy to take that on.” Belief in What You’re Selling Is Foundational to Getting Results 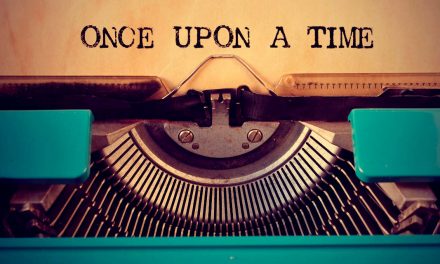 How to Tell Stories that Delight Prospects Speed Dating for Seniors – One of Those “Must Read” Articles Leigh Ann specializes in connecting with boomers and the people who serve them. She has more than 17 years of experience in journalism and marketing, including national print and digital. Through her company, Hubbard Marketing Consultants, Leigh Ann works with select clients who improve the aging experience.